If you love Hollywood Regency style, there is no doubt that you share my obsession and admiration for Dorothy Draper, aptly proclaimed “America’s most fabulous decorator.” Draper reinvented the profession of interior design, establishing the first interior design company in the United States in 1923, a time when it was unheard of for a woman to launch a business.

Her playful and contrasting patterns, groundbreaking color combinations, and larger than life florals turned the industry on its ear, and now decades later, her iconic style is still admired, studied, and often emulated. Today’s most celebrated decorators like Jonathan Adler and Kelly Wearstler were hugely influenced by her. 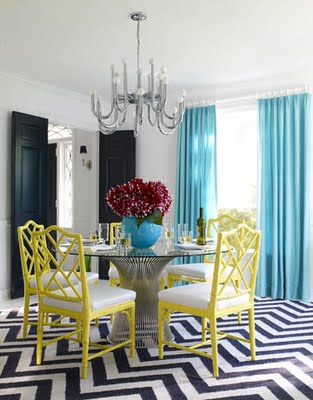 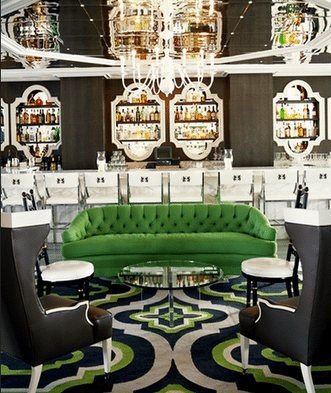 Kelly Wearstler “Dorothy Draper was to decorating what Chanel was to fashion,” former protégé & Dorothy Draper & Co.President Carleton Varney says about the legendary decorator and author.
Draper was born to a wealthy and privileged family in 1889, in one of the most exclusive communities in American history, Tuxedo Park, NY. The glamorous debutant married George Draper, President Franklin D. Roosevelt’s personal doctor.(Eleanor Roosevelt and Dorothy Draper were cousins.) Interesting note, Draper’s political and high-profile connections also included her niece, Nancy Truckerman, who became famous as Jackie Kennedy’s White House social secretary. And Draper’s younger cousin, Sister Parish, also would become a major interior designer of the 20th Century, best known for her work on the Kennedy White House. Draper even employed Brooke Marshall (who later became Brooke Astor) as her secretary.

The Drapers had three children, and Dorothy Draper pursued her passion of home decorating.She redecorated their first home, and it was received with such overwhelming enthusiasm that it was shortly sold, completely furnished.Dorothy Draper redecorated her homes with such style that other high society friends began to ask her to do the same for their homes, and thus her decorating business began. 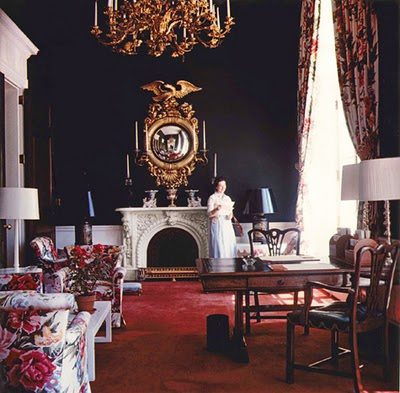 Draper’s colorful and whimsical style of decorating provided a welcome breath of fresh air to the drab Victorian-era “period rooms” that were de rigueur of the day.  In 1925, Draper opened the Architectural Clearing House, believed to be the first official interior design business.

“The Drab Age is over,” said Draper. “Color is coming into its own again. Until very recently people were literally scared out of their wits by color. Perhaps this was a hangover from our Puritan ancestors. But whatever the reason, brown, grays and neutrals were the only shades considered ‘safe.’ Now we know that lovely, clear colors have a vital effect on our mental happiness.” 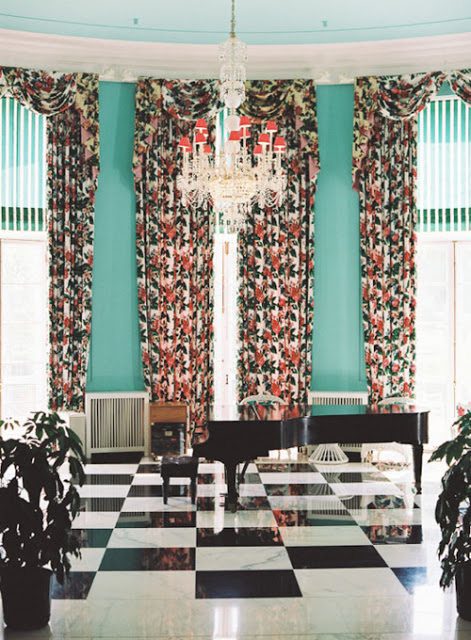 I couldn’t agree more! Draper revolutionized the way we look at interior design. She was always trying new things and pushing people to think outside the beige box by boldly mixing and matching color and pattern, and by adding modern flare to classical style. For Draper, Beige was a dirty word. Her advice was to “jumble periods cheerfully.” Draper invented “Modern Baroque,” a bold, eccentric and irreverent take on classic traditional rooms – an anti-minimalist approach that would become known as Hollywood Regency. 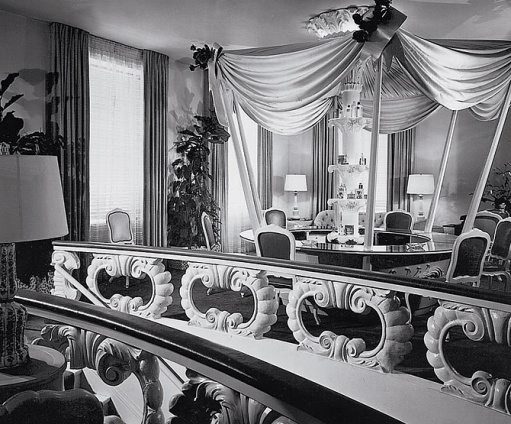 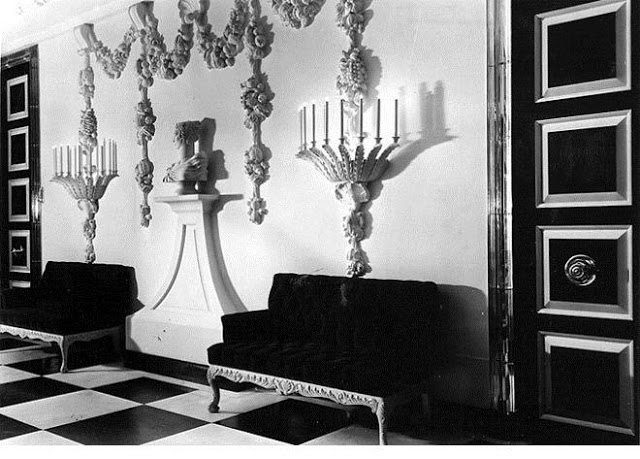 When Draper’s husband asked for a divorce in 1930, her ambition went into high gear, and she parlayed her blue-blood background into a big business. 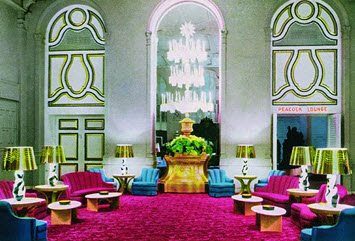 Mark Hopkins Hotel
By the end of the 1930’s Dorothy Draper baroque was synonymous with sophistication. She was the Martha Stewart of her era, the original domestic diva, who actually out-Marthaed Martha, spreading her gospel of big, bold style to housewives eager for some excitement and style in their lives.Draper was on a mission to help middle class Americans turn their “dull, weary life into a miracle of charm, glamor and excitement.” 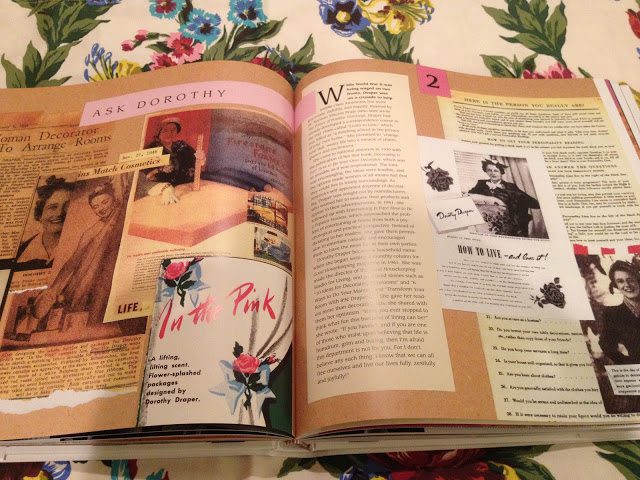 Her legendary design style became known as the “Draper Touch.”  She wrote regular columns for Good Housekeeping and her 1939 book, Decorating Is Fun!, which helped make her name a household word.  She also wrote the acclaimed Entertaining is Fun! How to be a Popular Hostess (reissued in2004). 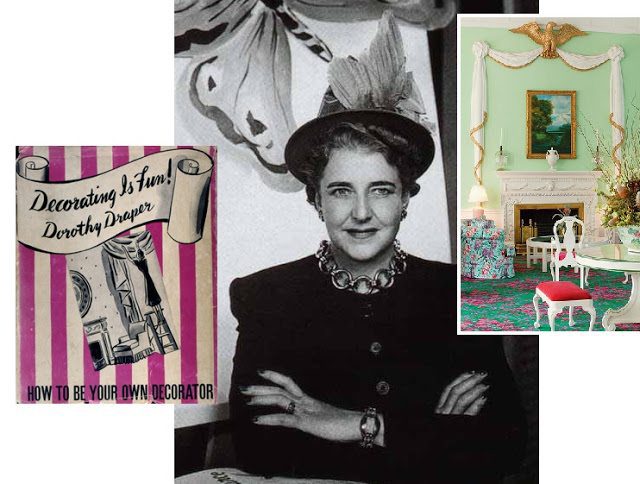 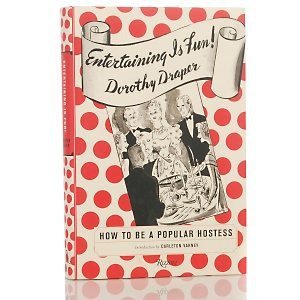 “Have you ever considered how much pure stuff and nonsense surrounds this subject of interior decoration? Probably not. Almost everyone believes that there is something deep and mysterious about it or that you have to know all sorts of complicated details about periods before you can lift a finger. Well, you don’t. Decorating is just sheer fun: a delight in color, an awareness of balance, a feeling for lighting, a sense of style, a zest for life and an amused enjoyment of the smart accessories of the moment.” – Dorothy Draper, Decorating is Fun! 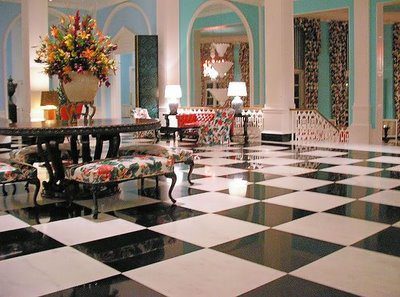 Draper is best known for her work with hotel and restaurant décor. She also designed theaters, department stores, commercial establishments, private corporate offices, interiors of jet planes (Convair & TWA), automobiles (she did a line for Packard and Chrysler in the 1950s including a pink polka dot truck!) and packaging for a cosmetics line, Dorothy Gray. The restaurant at the Metropolitan Museum of Art (NY) was nicknamed “The Dorotheum”. This was all on top of Draper’s ongoing residential designs for the houses and apartments of prominent and very wealthy society figures. Draper even designed her own very exclusive fabrics for her clients through Schumacher, along with furniture for Ficks Reed, Heritage and Henredon. 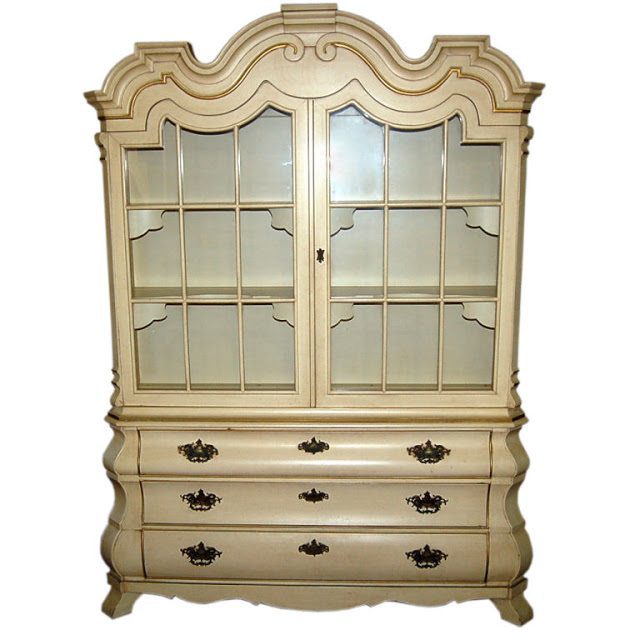 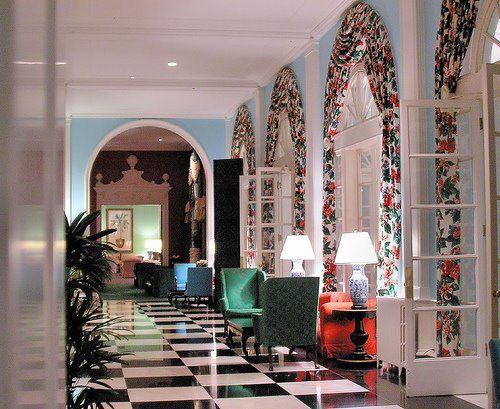 “In one interior you’ll get Arabian nights, colonial revival, Chinese style, neo-classicism, all jumbled together to give you this eclectic, theatrical style,” said Donald Albrecht, curator of the Dorothy Draper exhibition. 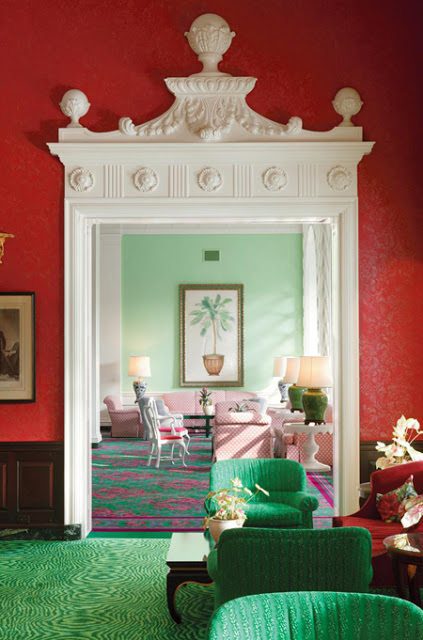 The pinnacle of her career was perhaps the 1948 renovation of the historic Greenbrier Hotel.  Built in 1858 (and almost burnt to the ground during the Civil War) in Sulphur Springs, West Virginia, The Greenbrier still stands as a living monument to “Draperism.”  It’s re-opening was a great social event. Bing Crosby sang in Draper’s pink ballroom to America’s wealthiest families, including Vanderbilts, Astors, and Whitneys. The guests of honor were the Duke and Duchess of Windsor.
http://youtu.be/x4o5ByLifp8
Draper had not only refreshed the 600-plus guest rooms and all the public areas, but everything within including the menu,matchbooks, invitations, coasters, napkins, swizzle sticks and staff uniforms. 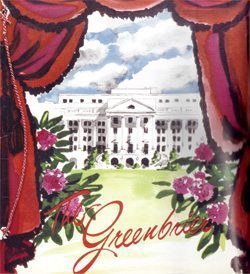 Over the last decade, Dorothy Draper style has received resound resurgence.In 2006, The Museum of the City of New York’s exhibit “The High Style of Dorothy Draper” highlighted some of the designer’s large public commissions and featured her influence on shaping American style. The exhibition represented the first time that such an honor was given to an interior designer. It was enormously successful, and it is estimated that more than 300,000 people attended over a period of six months. The exhibit continued to the Woman’s Museum in Dallas, Texas and then on to the Museum of Art in Fort Lauderdale, Florida – such is the interest of this phenomenal giant in the design industry.

Also in 2006, Benjamin Moore issued a Dorothy Draper Color Collection of 15 signature shades, including Pretty in Pink and Blazing Orange. 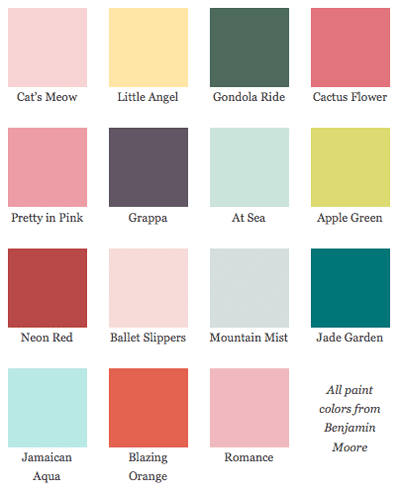 In 2007, The Greenbrier was remodeled by Draper’s protégé Carleton Varney. The remodel along with the publication of In The Pink reintroduced Dorothy Draper to a whole new generation of young designers. 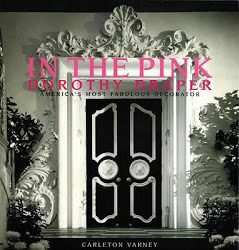 Varney also created a line of Draper-inspired furniture for Kindel and he reproduced all the original fabrics and wallpapers of Dorothy Draper, along with his own original designs. Varney’s patterns are available for purchase through Carleton Varney by the Yard or through the Greenbrier Hotel Gift Shop. 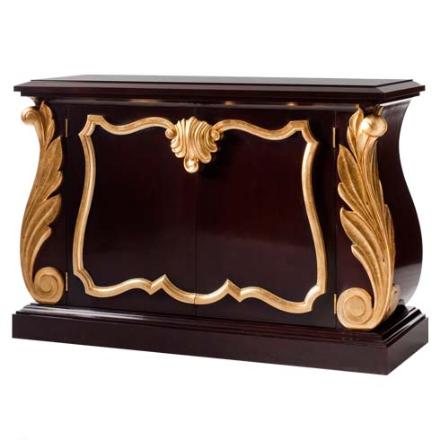 Braziliance commode, Kindel – Dorothy Draper Collection in collaboration with Carleton Varney
Almost 50 years after its founding, the Interior Design House of Dorothy Draper Company, Inc. remains the oldest continuously operating design and decorating firm in America. Having taken the reins in 1963 at the tender age of 29, Varney (aka “Mr. Color”) continues to keep the Draper Touch colorfully alive and well. 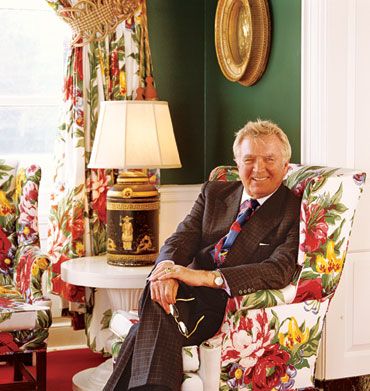