John Cay knew from the time he was 14 years old that he wanted to own a farm in Virginia when he grew up. It took nearly 50 years, but he finally found Rose Hill, an 18th-century house overlooking Virginia’s Rappahannock Valley. In 2008, Cay and his wife purchased Rose Hill and its 300 acres from the Association for the Preservation of Virginia Antiquities. The gardens were virtually nonexistent, and part of the home had been destroyed in a 1959 fire and poorly rebuilt. The Cays commissioned a renovation team consisting of Frederick Ecker II, whose firm, Tidewater Preservation, had revived dozens of National Historic Landmarks, and interior decorator Amelia T. Handegan, who had previously worked with the Cays on their 1730s home in Charleston.

Ecker had written a study of Rose Hill as a student at the University of Mary Washington and before embarking upon the project, he hired a historian to put together a 200-plus-page portfolio about the estate. The report included builders’ invoices, family diaries, and more than 300 photographs. Fragments of the marble mantels that had survived the fire enabled Ecker to match the stone types and commission fireplace surrounds reminiscent of the originals. Working with the photographs and period pattern books, Ecker and his design team determined which moldings went where, while he and Handegan collaborated on the kitchen, baths, and second-floor guest rooms.

The original Dufour wallpaper in the dining room was ruined in the fire, and it had been replaced with an identical example. In order to guarantee its safety during the renovation, it was temporarily removed and then reinstalled.  Furnishings that had survived the fire were also utilized in the design. “My goal was to fill in around the possessions already there and not let anything compete for attention,” Handegan told Architectural Digest. 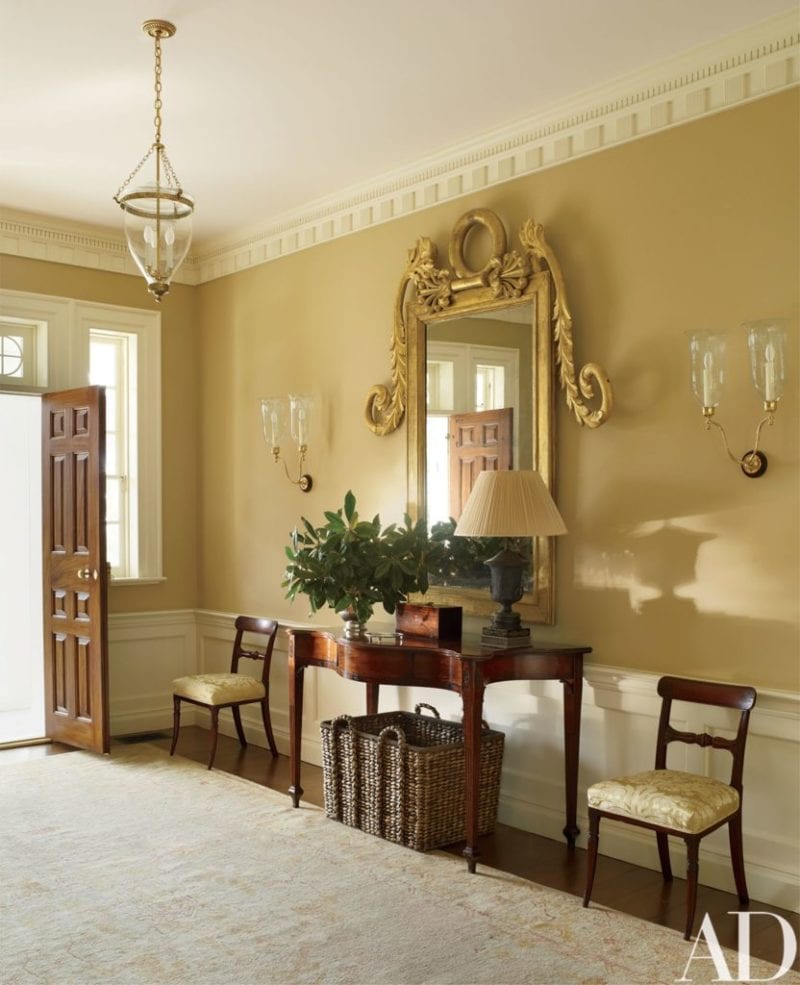 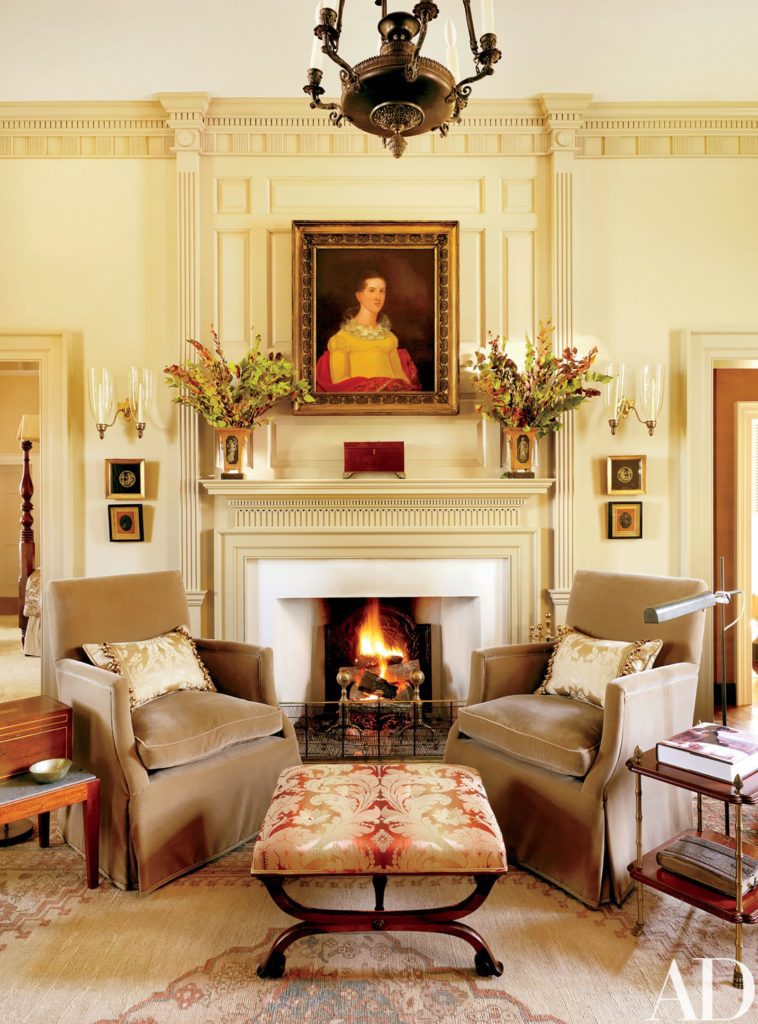 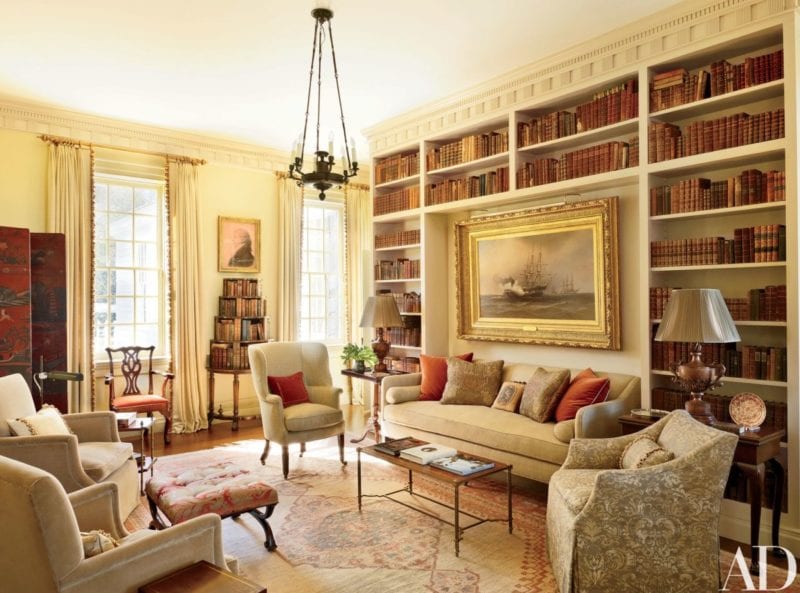 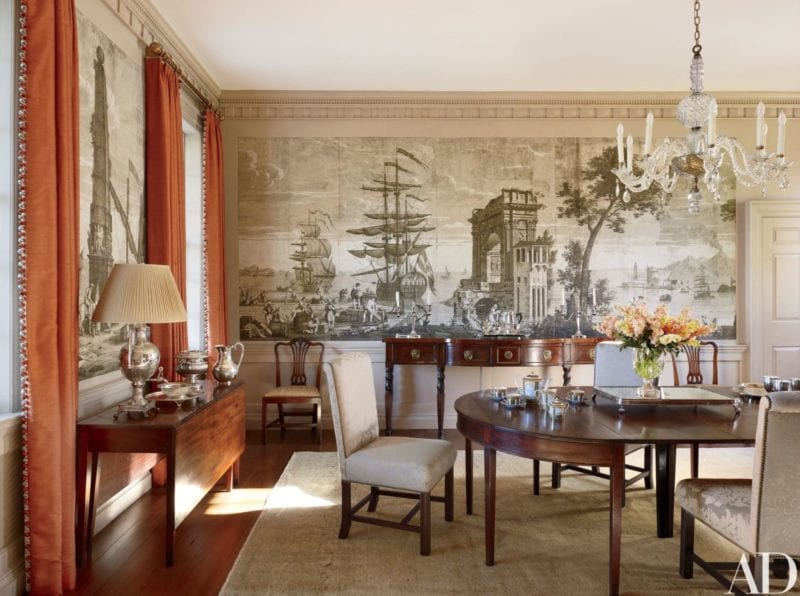 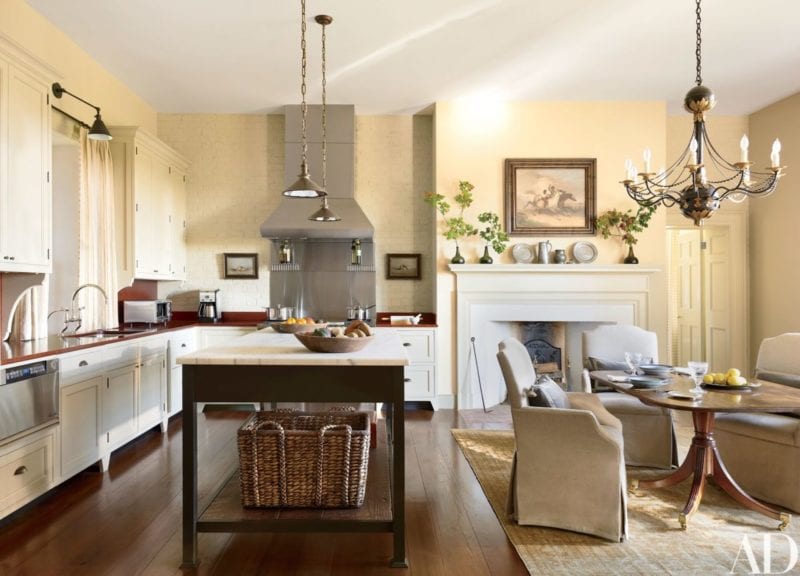 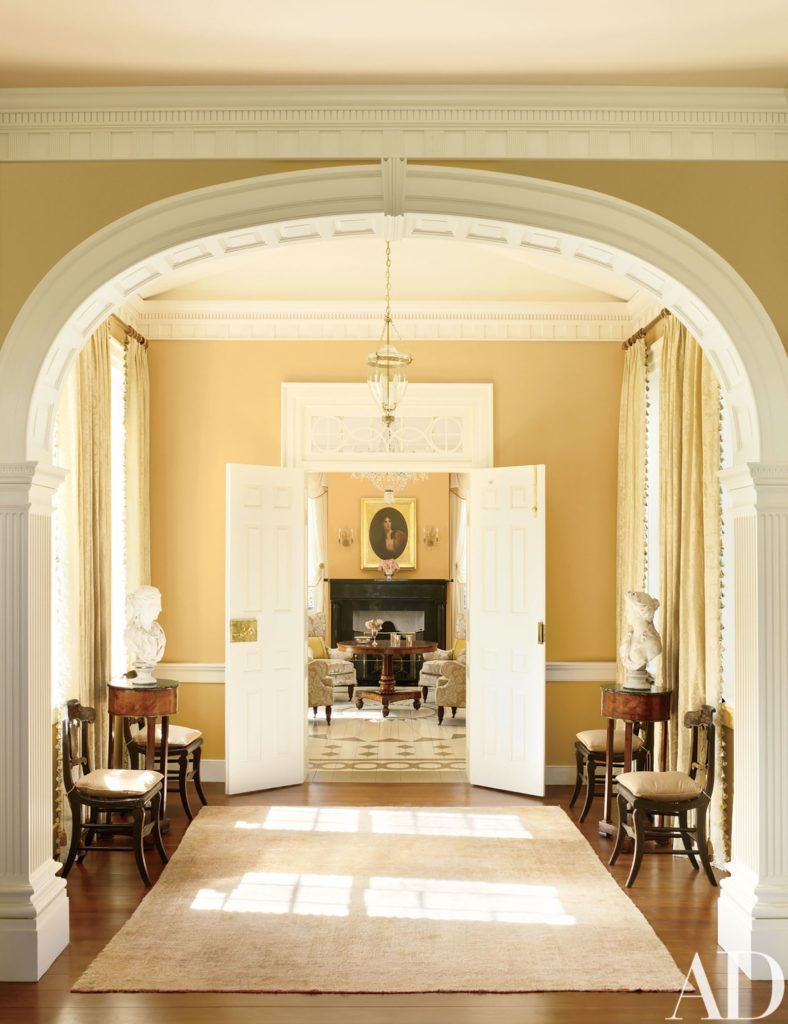 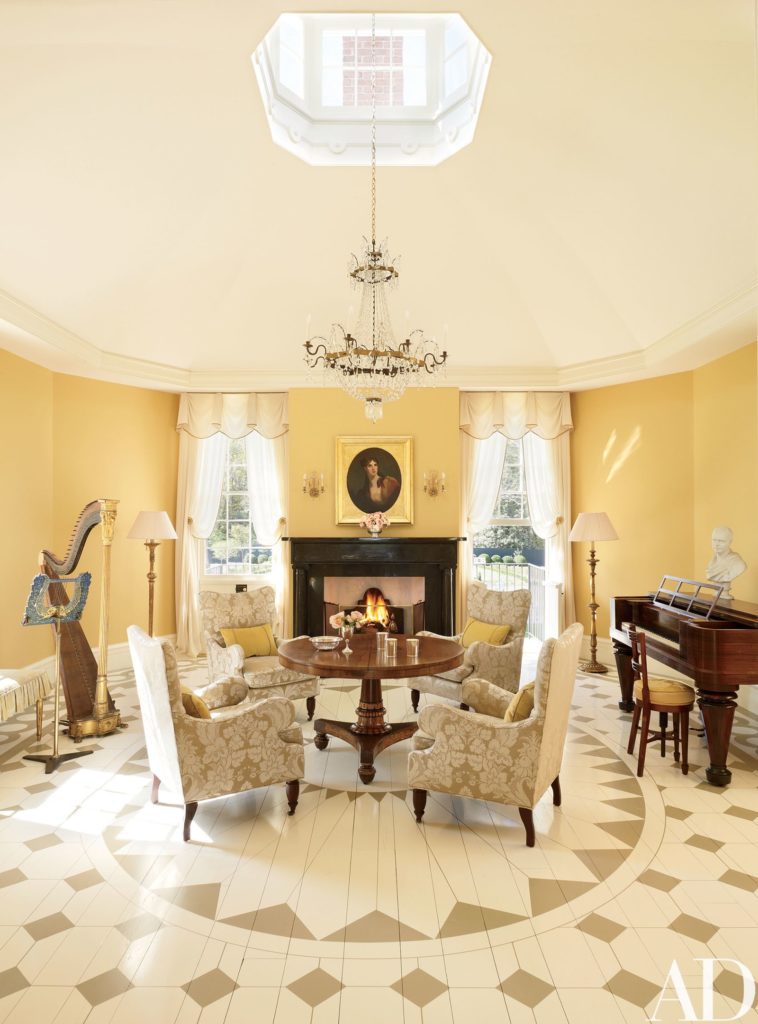 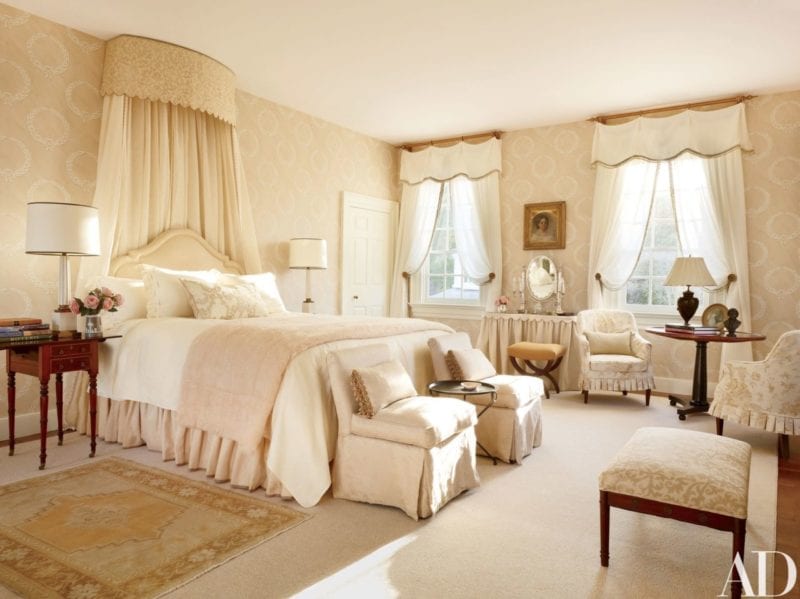 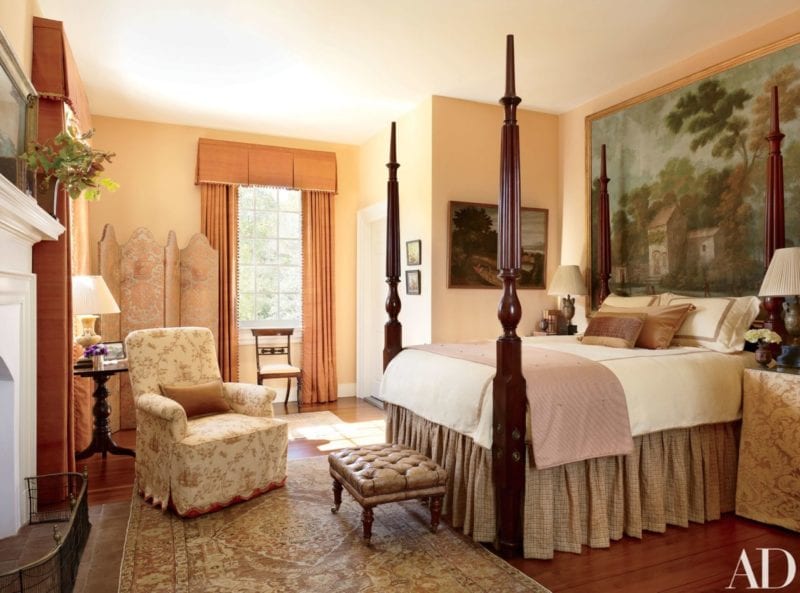 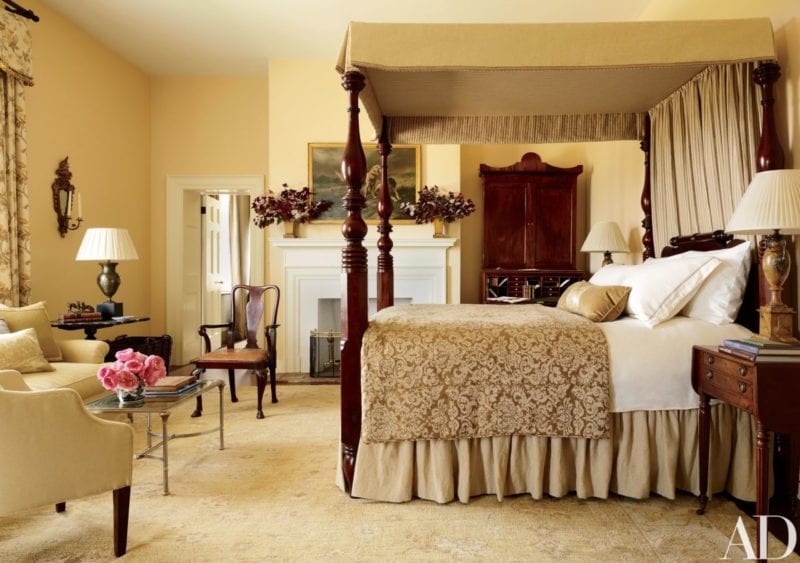 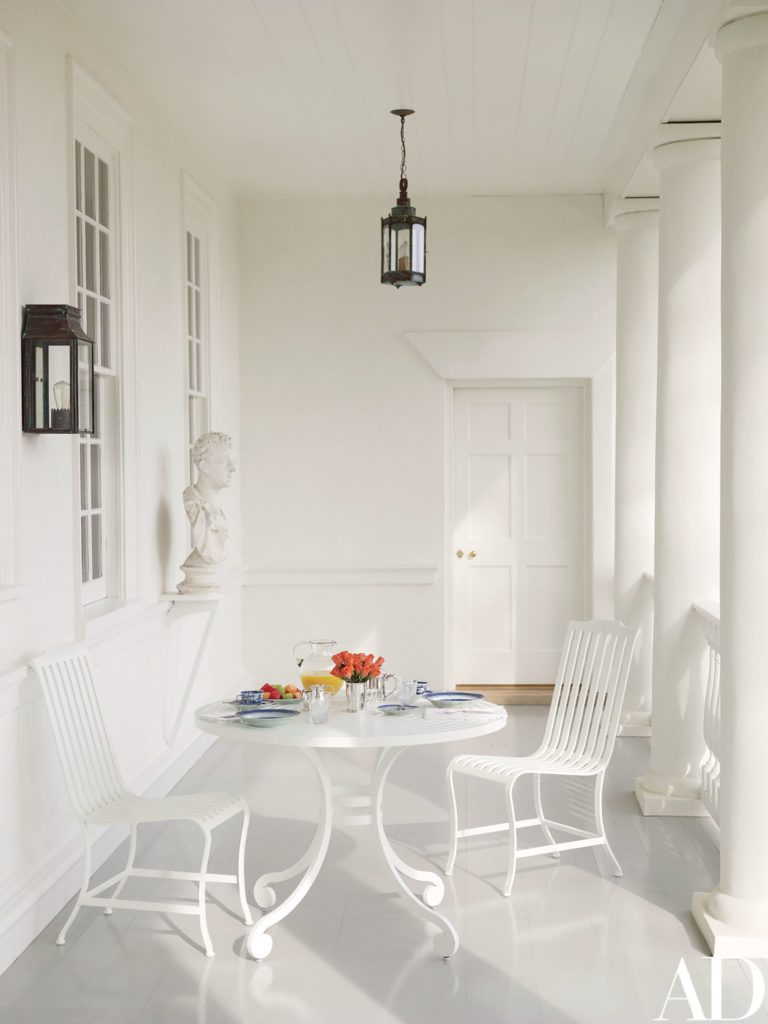 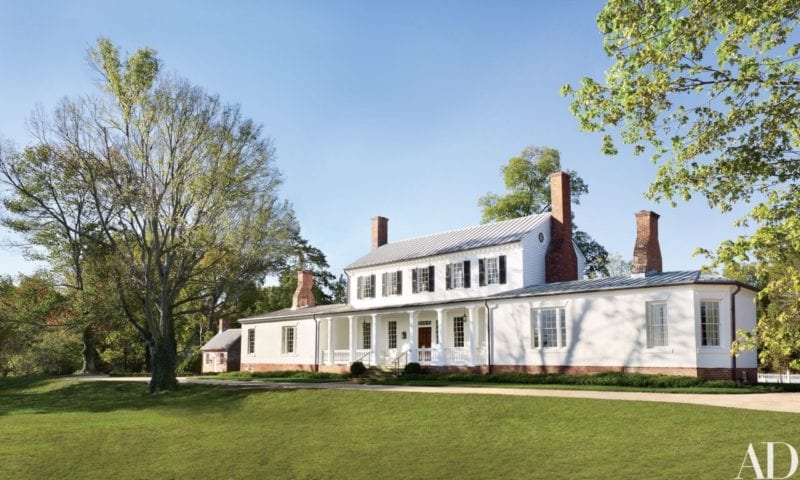 This article originally appeared in the June 2013 issue of Architectural Digest. To learn more about Amelia Handegan, I recommend her book, Amelia Handegan: Rooms.  Handegan specializes in restoration of nationally recognized historic houses, and you can click here to see another beautiful historic home she designed.

« Living Floral: Entertaining and Decorating with Flowers
A Weekend at The Greenbrier with Carleton Varney »