Renowned architect James F. Carter not only understands historical context, but also how individuals and families live today. The homes he designs take architectural cues from days gone by… including his own, which is located in Mountain Brook, Alabama, a suburb of Birmingham. By bringing together classical architectural details, collections of furnishings and art, reclaimed building materials, and a particular attention to scale and proportion, Carter’s home is steeped in timeless beauty and grace… the key ingredients that have made him such a respected architect.

“I wanted a place that lives well, like an old-fashioned house,” he said of his home.  The exterior is American Georgian and the interior, which was designed in collaboration with interior designer Jane Hawkins Hoke, is “Virginian in style, with old-fashioned Southern touches thrown in.”  Inside and out, Carter’s prevailing design direction was quiet luxury. “To me, it was all about something that felt low-key but was very elegant,” he explains. “I wanted a house that would wear well for years to come—I’m not trying to be cutting edge.”

During the holidays, his classically styled home reflects his love of Southern traditions. Photography by Jean Allsopp with captions by Lacey Howard for the December 2017 issue of Birmingham Home & Garden. 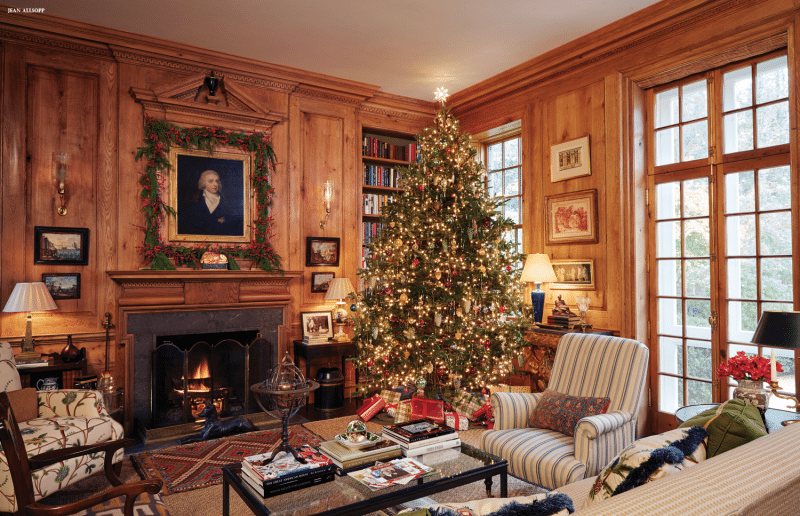 “I really wanted a timeless Christmas feel with an old-fashioned tree covered in lights and tinsel and ornaments,” architect and homeowner James Carter says. “I wanted to create a Christmas that felt like the ones I grew up with, the same tree my grandparents had, my parents had. My house is the same way—you can look back at a long line of wonderful ideas.” 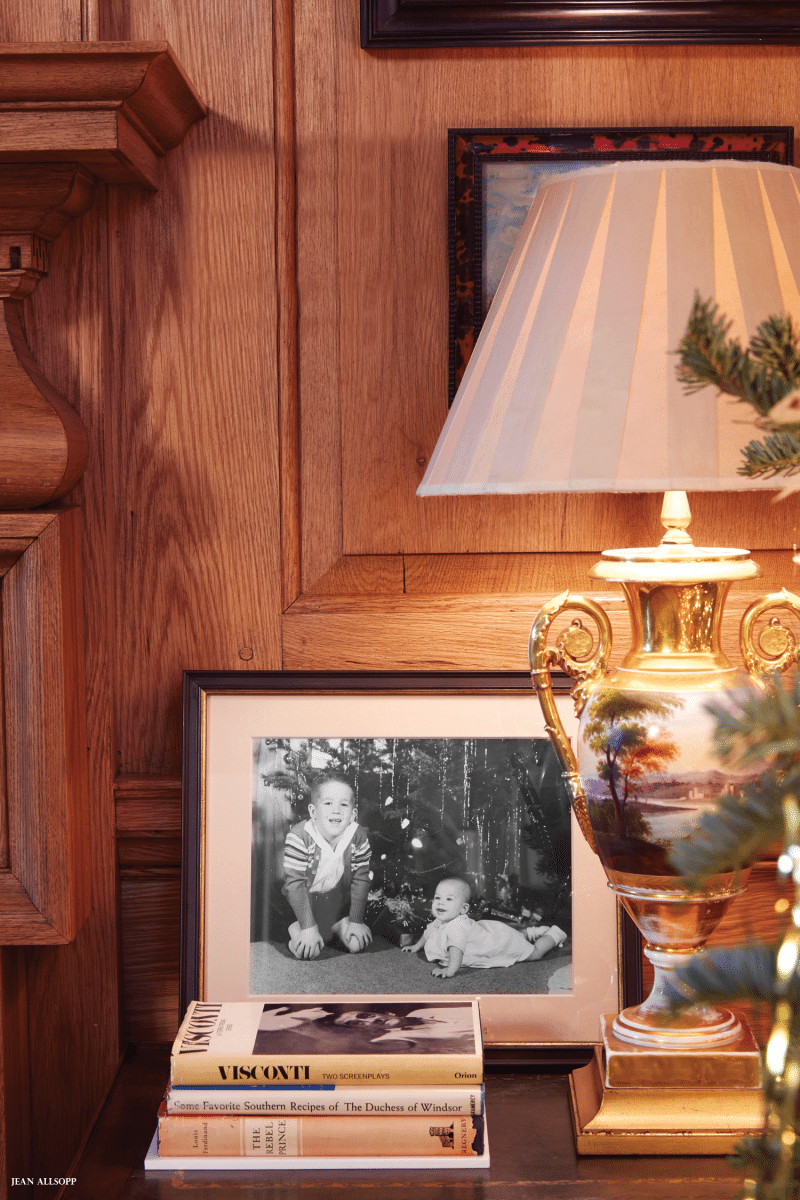 A black-and-white photo of Carter and his older brother as children at Christmastime has earned a place of prominence in the holiday scene. 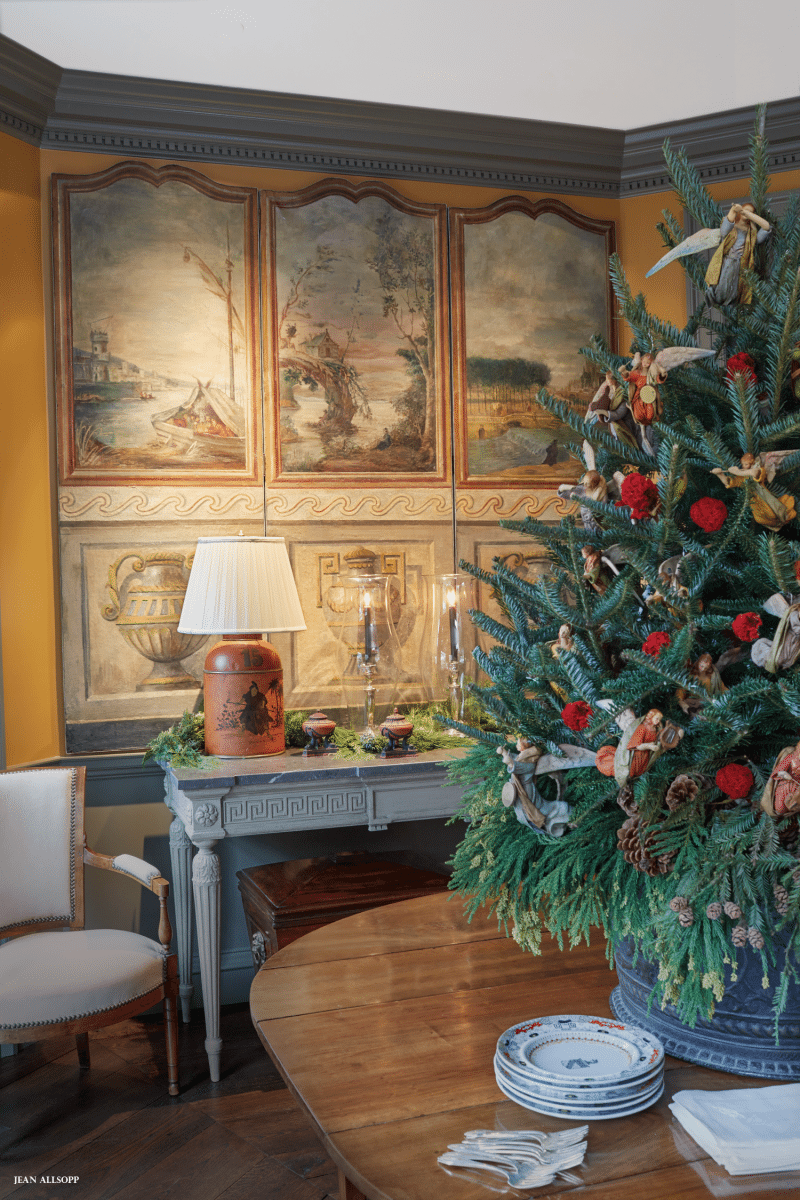 Carter designed the dining room around the 19th-century Italian three-panel screen. His tabletop Christmas tree holds court on the Louis Phillipe dining table. “I couldn’t find the fullness and shape I wanted in a small tree,” floral designer Carole Sullivan says. So she shopped for shape, bought a 5-foot tree and cut it to size. “We cut the boughs off the cut-off trunk and used them around the house,” she says. The tree stands in a Swedish copper planter and is decorated with red roses in water picks and a collection of Italian papier-mâché angels. 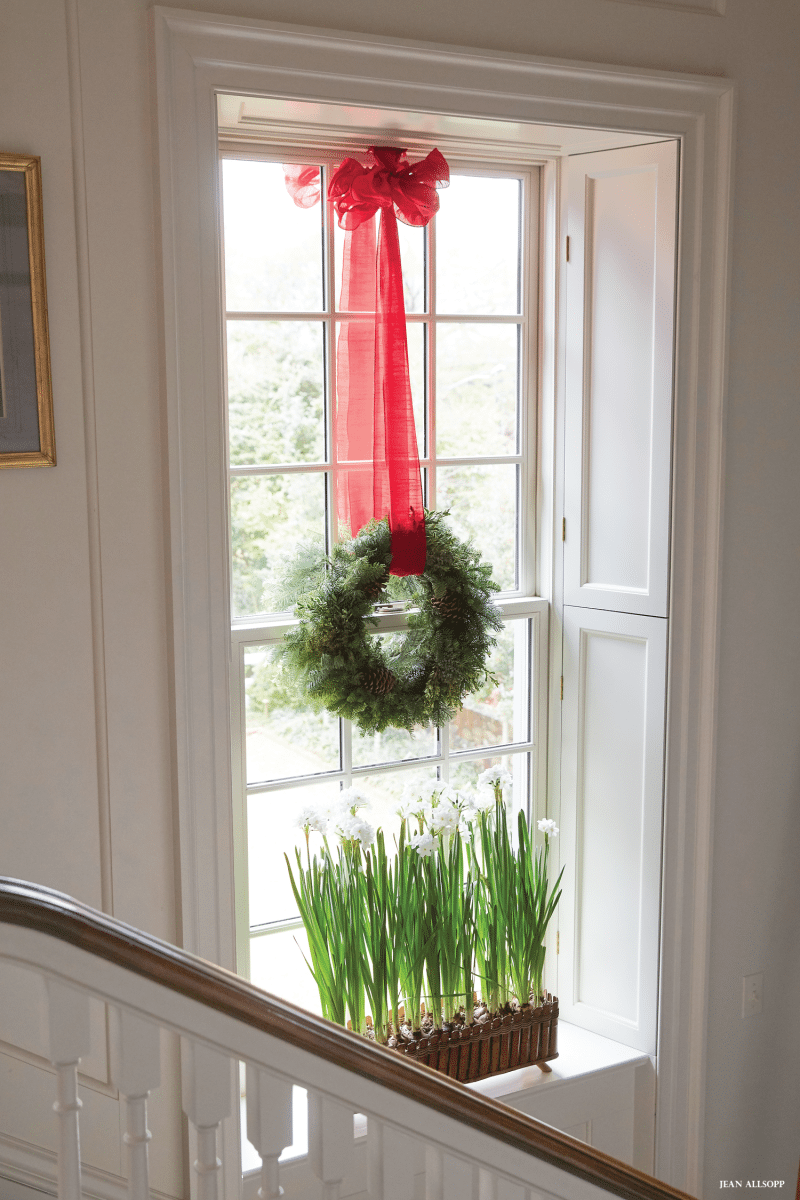 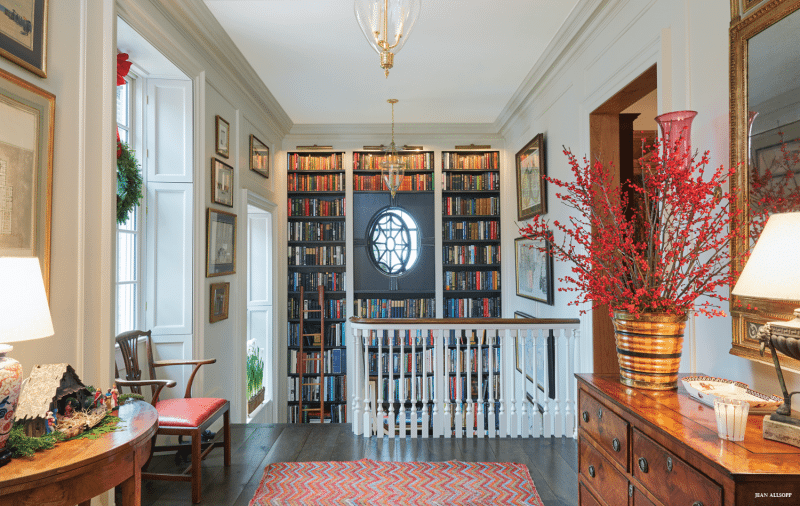 The architect’s eye for detail really shines in the stair hall—the thoroughfare on the main level of his home. The paneling adds a rich backdrop for his collected furnishings and display of books that covers one entire wall. 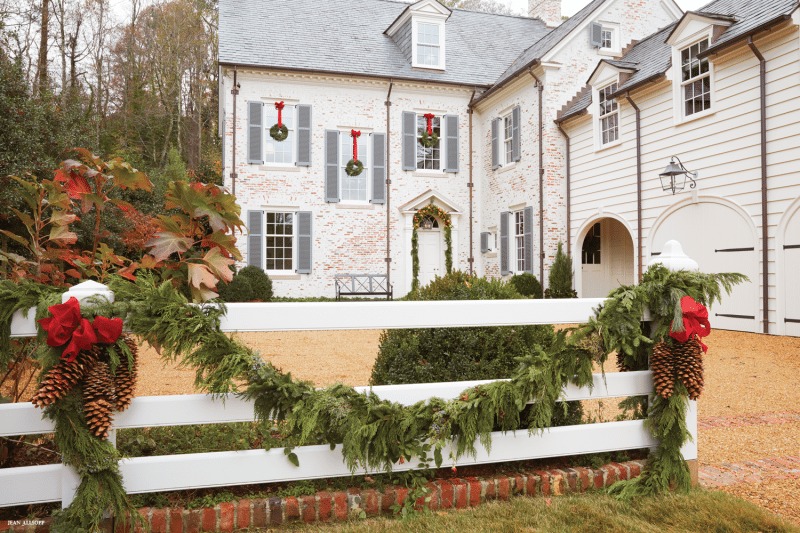