I hope y’all had a wonderful Independence Day! My parents are visiting from Texas, and we are having such a lovely time. We were supposed to have been moved and settled in our new home months ago, and we had planned to have a nice relaxing “staycation,” complete with watching fireworks from the Bay in our boat (which we still have not yet purchased). So on to Plan B… we checked into the historic Biltmore Hotel, in Coral Gables, Florida! 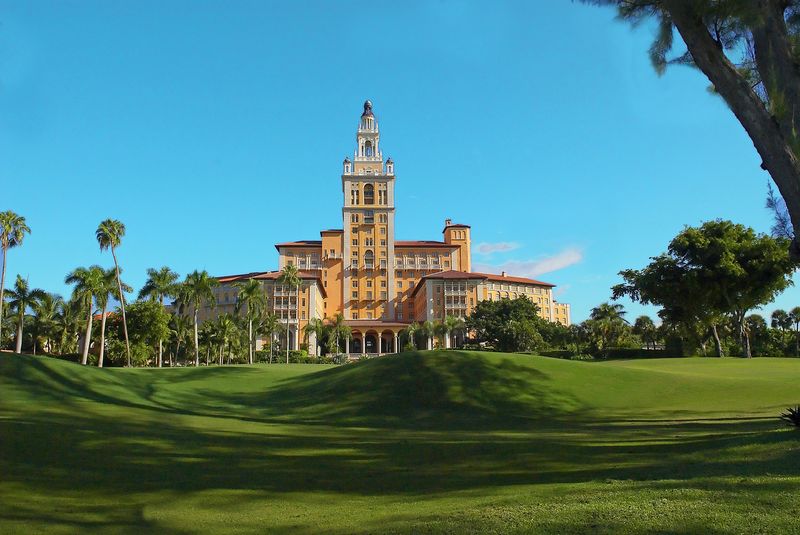 Image courtesy of The Biltmore

One of the best places to watch Fourth of July fireworks in Miami is at The Biltmore Hotel. The golf course was open to the public for the festivities, and thousands were in attendance to enjoy the grand display and orchestral sounds of the Greater Miami Symphonic Band.  We had a fantastic view right from the comfort of our hotel room! Here is a video we took of the fabulous fireworks finale… 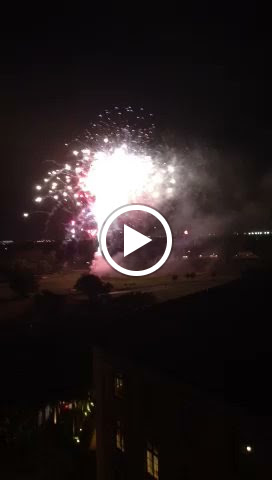 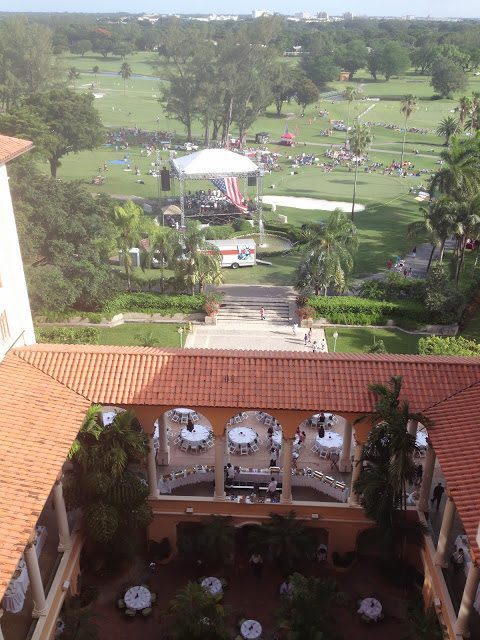 An earlier view from our hotel room… Preparations underway!

The Biltmore Hotel serves as the centerpiece of George Merrick’s vision of Coral Gables as an elegant, stately Miami suburb, which he called “The City Beautiful.” Combining his deep affection for lush South Florida landscape with a high regard for Italian, Moorish and Spanish architectural influences, Merrick realized his dream in the construction of this masterpiece. 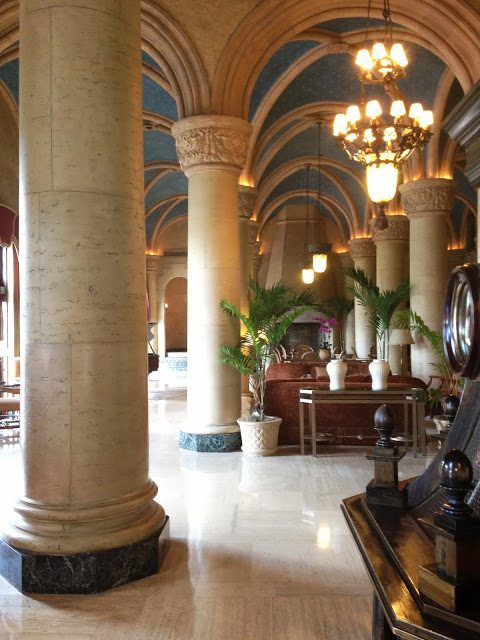 Hotel lobby, via my iPhone 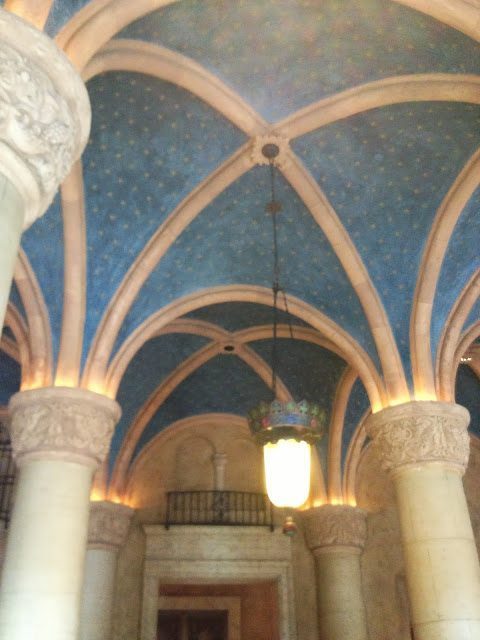 Gold stars painted on the ceiling, via my iPhone 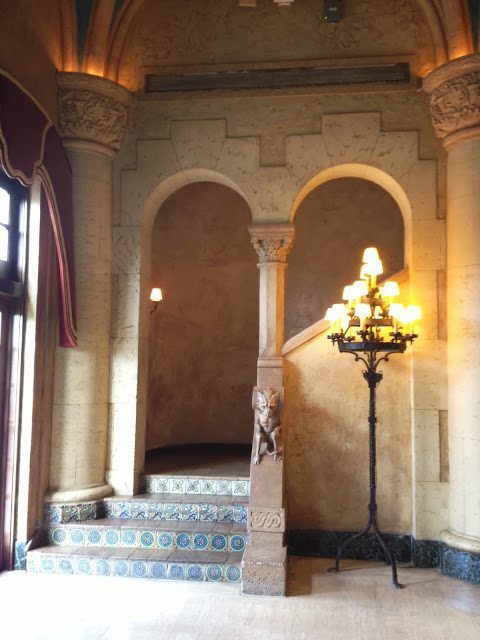 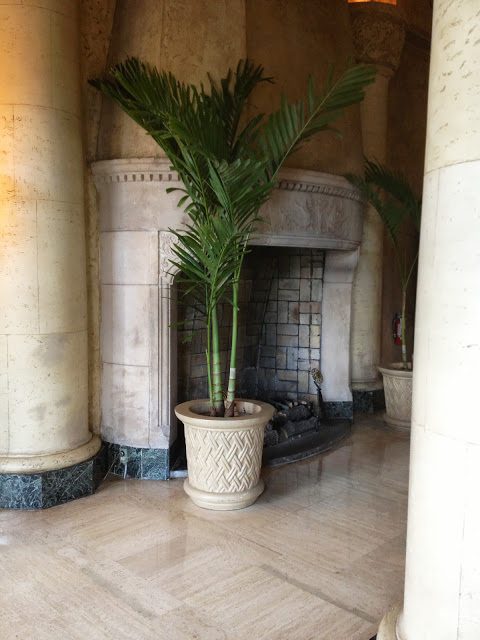 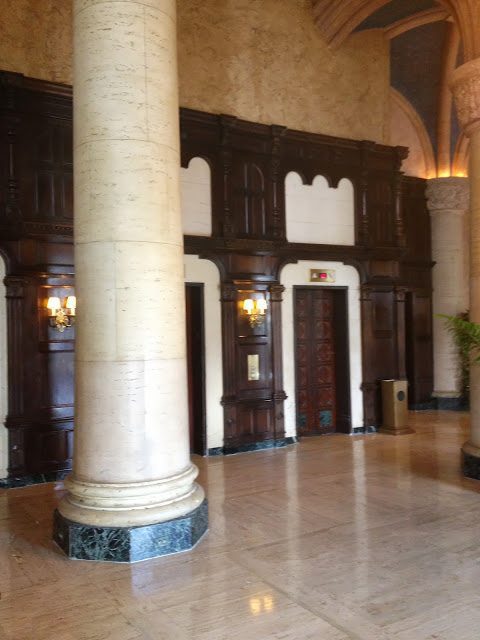 The elegant elevators, via my iPhone 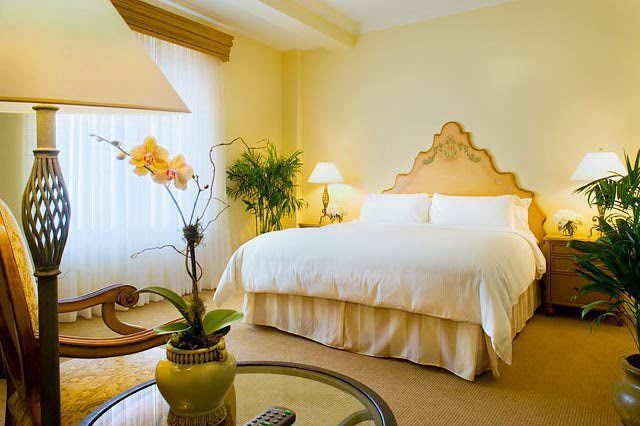 The Biltmore hotel debuted on January 14, 1926 with a magnificent inaugural ceremony that promised to be the social event of the year. The leading socialites of the Northeast came down on trains marked “Miami Biltmore Specials.” Champagne flowed and guests fox-trotted to the strains of three orchestras, as a landmark era in South Florida history began.

The Biltmore was one of the most fashionable resorts in the country during its heyday, hosting royalty of both the European and Hollywood variety. The Duke and Duchess of Windsor, Ginger Rogers, Judy Garland and Bing Crosby were frequent guests. Everyone who was anyone – from politicians like President Franklin D. Roosevelt to notorious gangsters like Al Capone – stayed at The Biltmore.

Last year for my husband’s 50th birthday, we rented Capone’s favorite suite, the Everglades Suite, aka “The Al Capone Suite” for a Roaring ’20s birthday bash. Located on the 13th floor of The Biltmore, The Al Capone Suite is allegedly haunted by Thomas “Fats” Walsh, who was fatally shot in the suite in 1929. My parents stayed with us during the birthday festivities, and my Mother swears she was awaken by the sound of a gunshot at 3:30 a.m.! Hmmm…. 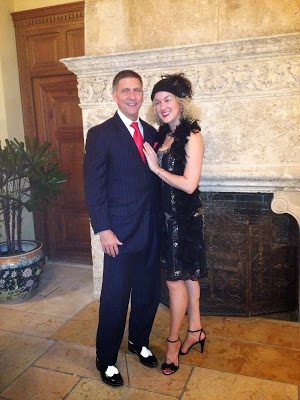 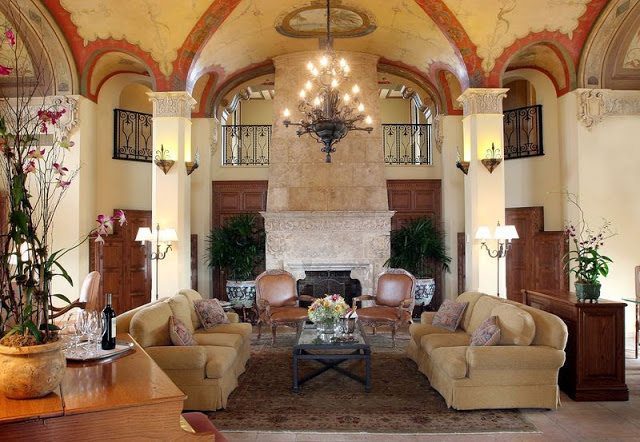 The Al Capone Suite, image courtesy of The Biltmore 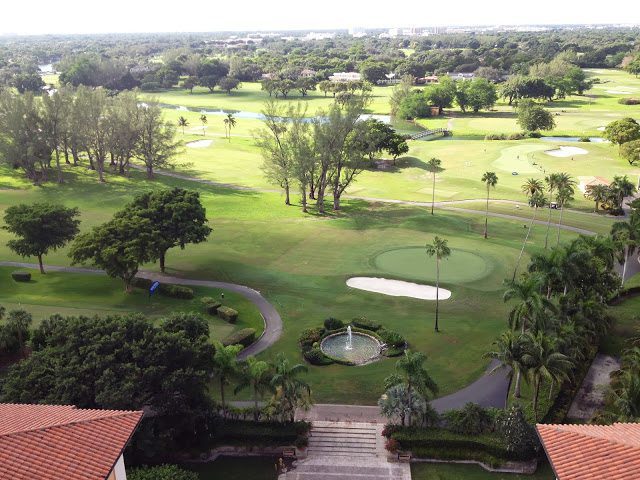 View of the golf course/Coral Gables from The Al Capone Suite, via my iPhone

The Biltmore made it through the nation’s economic lulls in the late 1920s and early 1930s by hosting aquatic galas that kept the hotel in the spotlight and drew the crowds. As many as 3,000 would come out on a Sunday afternoon to watch the synchronized swimmers, bathing beauties, alligator wrestling, and diving. After the shows, many would dress up and go tea dancing on the hotel’s grand terrace to the sounds of swinging orchestras. 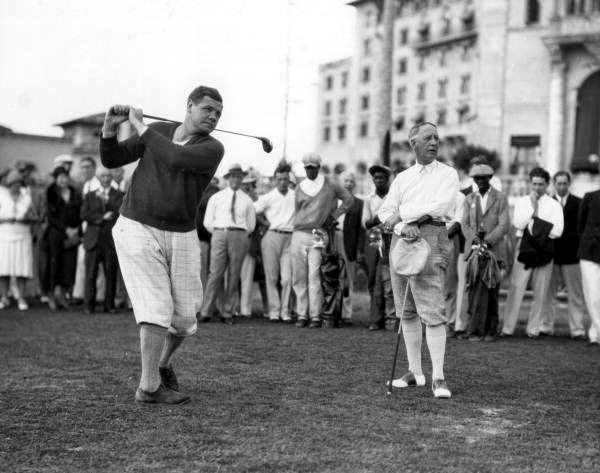 Babe Ruth and New York Mayor Al Smith tee off in front of the Biltmore.

During World War II, the War Department converted The Biltmore to a hospital. It served the wounded as the Army Air Forces Regional Hospital. Many of the windows were sealed with concrete, and the marble floors covered with government-issue linoleum. Also the early site of The University of Miami’s School of Medicine, The Biltmore remained a VA hospital until 1968. 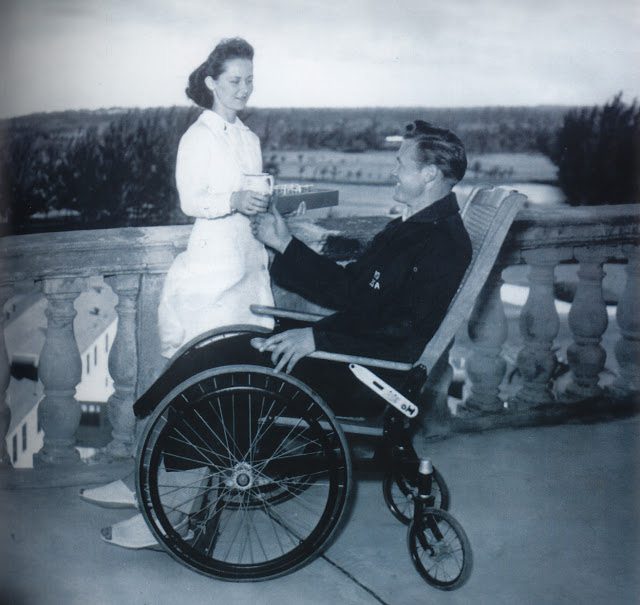 In 1943, a recovering airman enjoyed the view from the terrace overlooking the golf course. A volunteer offered refreshments.

In 1973, the City of Coral Gables was granted ownership control of The Biltmore. Yet the structure’s future remained undecided, and The Biltmore remained unoccupied for almost 10 years. Then in 1983, the City oversaw its full restoration to be opened as a grand hotel. Almost four years and $55M later, The Biltmore reopened on December 31, 1987 as a first class hotel and resort. In June 1992, a multinational consortium led by Seaway Hotels Corporation, a Florida hotel management company, officially became the new operators of the Biltmore, and additional refurbishments were made to the property.

In 1996 – The Biltmore’s 70th anniversary year – the hotel received an official designation by the Federal Government as a National Historic Landmark, an elite title offered to only three percent of all historic structures on the National Register of Historic Places. 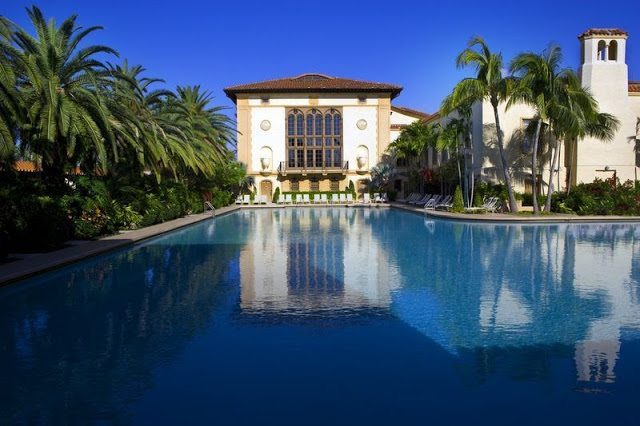 The Biltmore boasts the largest hotel pool in the continental United States. The 150 by 225 foot pool holds 700,000 gallons of water, and features a row of white marble statues.
Image courtesy of The Biltmore 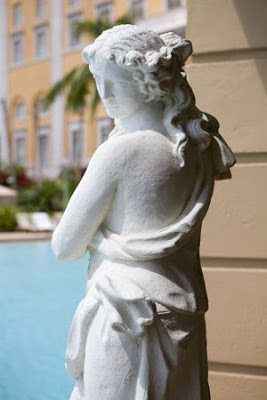 Image courtesy of The Biltmore 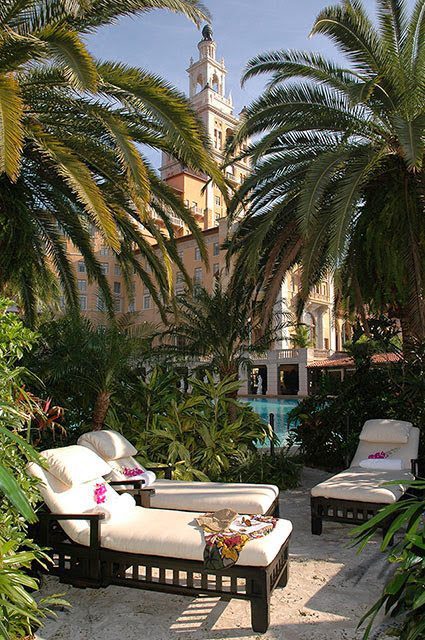 Image courtesy of The Biltmore
We are so fortunate to have The Biltmore Hotel here in Coral Gables, The City Beautiful!