Located on Armstrong Parkway in Highland Park, Texas, this French estate designed by Anton Korn is one of the most significant architectural properties in Dallas. It was the final interior design project of John Astin Perkins, the decorator credited with creating the classic “Dallas look” – bright color and patterns, traditional (but not staid) furniture, and highly accessorized rooms filled with antiques – according to a fascinating article by D Magazine. Let’s take a look inside this intriguing piece of Dallas history, available for sale… 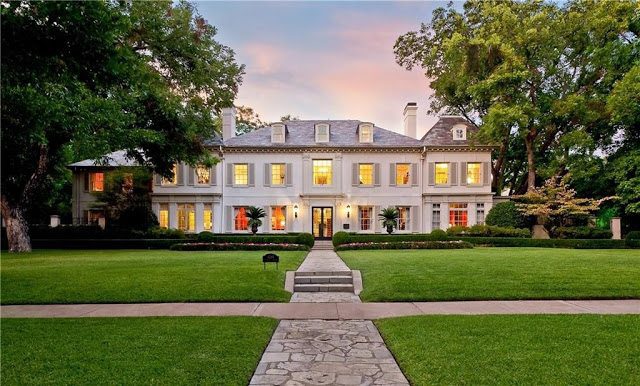 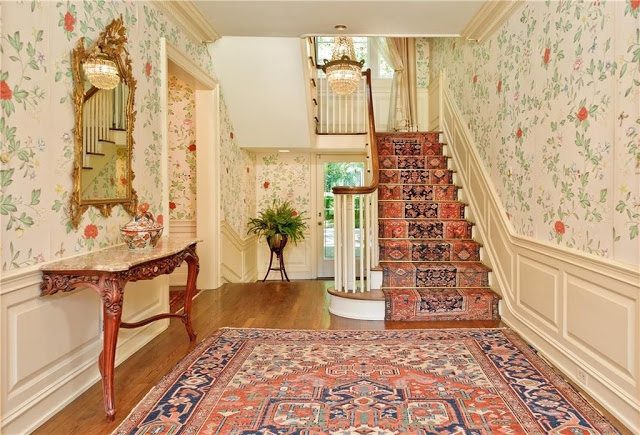 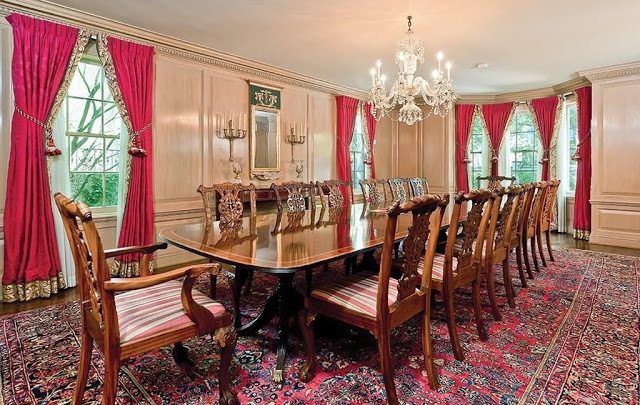 “John was able to capitalize on the knowledge that Southern women love color,” designer Cathy Kincaid said. “He gave the decorators permission to use bold color.” 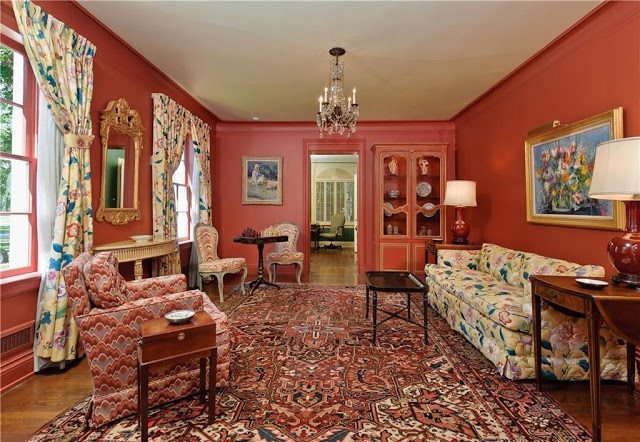 Perkins boldly blended English and French styles.  He is credited for bringing the French Country influence to Texas homes. His choice of bright colors including parrot and apple greens, pink, lavender, and mustard was considered avant-garde.

Known as “Mr. Dallas,” Perkins’ client list read like a who’s who of the Dallas-Fort Worth Metroplex, including Ross Perot, James Ling, Perry Bass, and Clint Murchison. His signature parrot-green-and-white wallpaper and Asian lamps became known and recognized everywhere, including the Dallas Country Club, Brook Hollow Golf Club, and River Crest in Fort Worth. 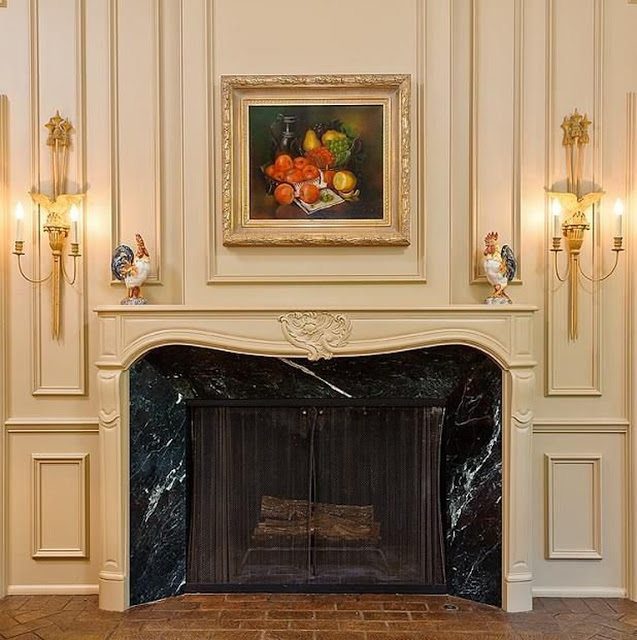 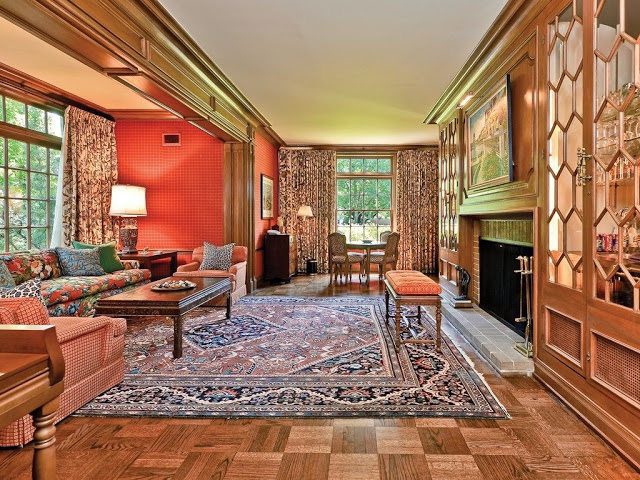 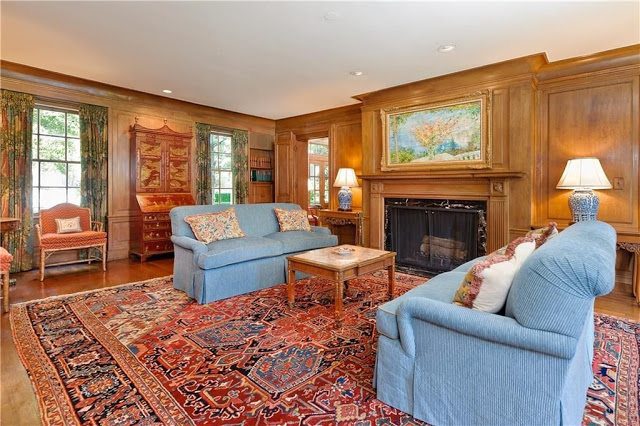 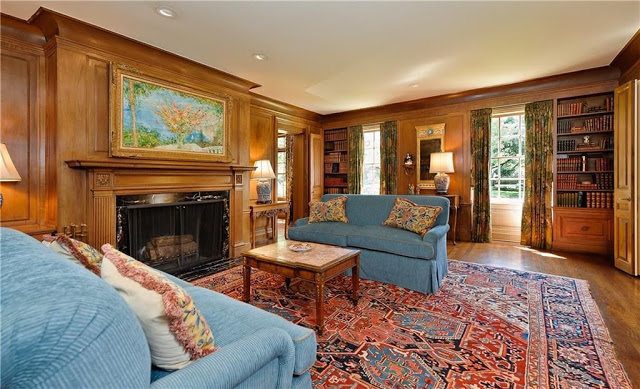 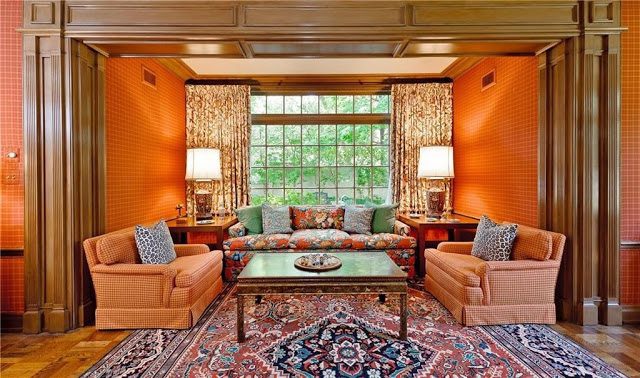 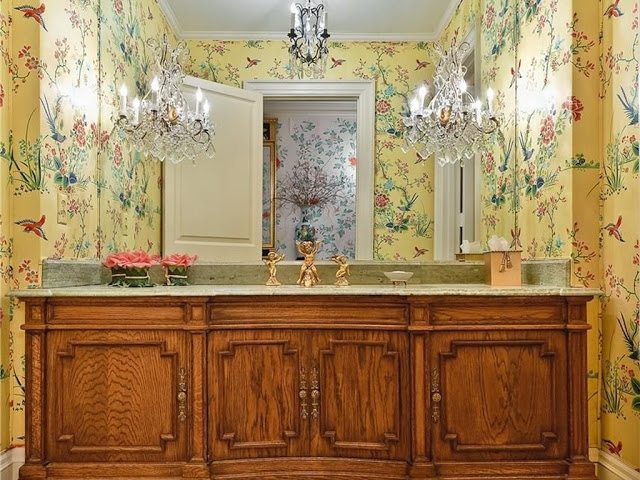 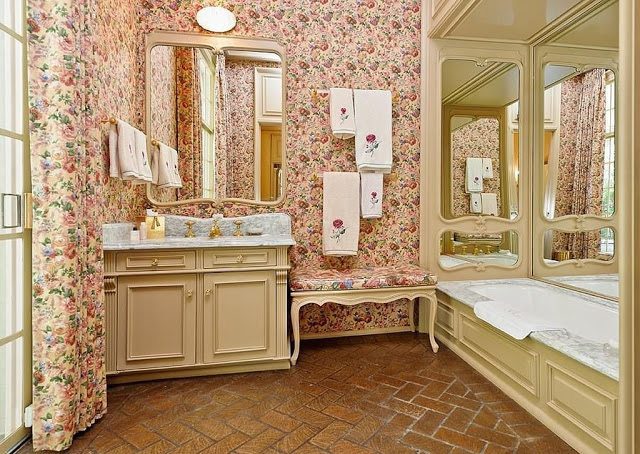 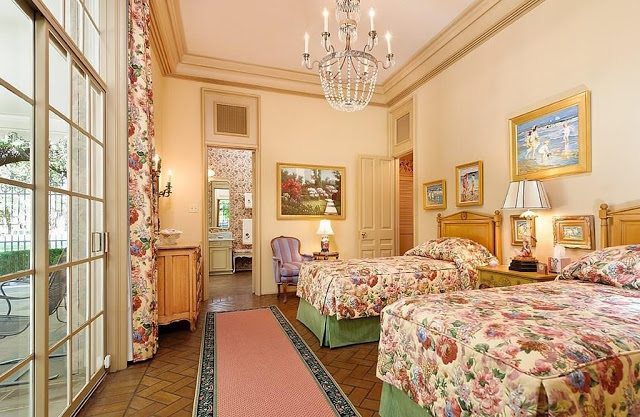 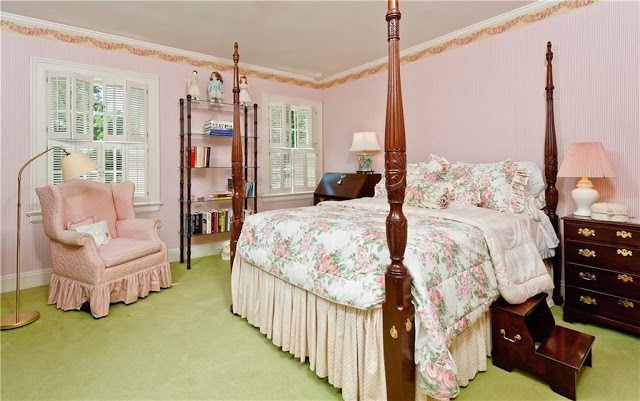 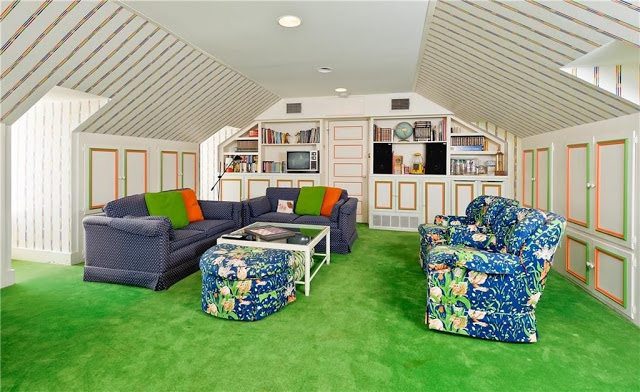 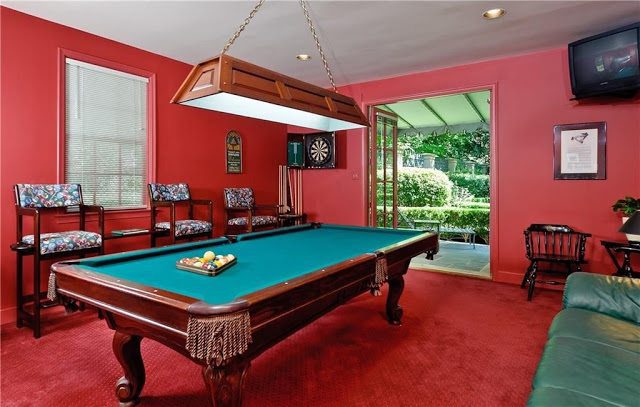 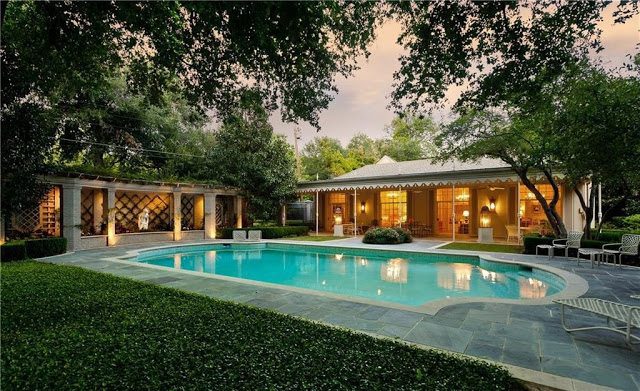 The .9 acre lot is shaded by approximately 50 large trees and features a pool, terraced gardens with fountains, blue stone pathways and wrought-iron gates. 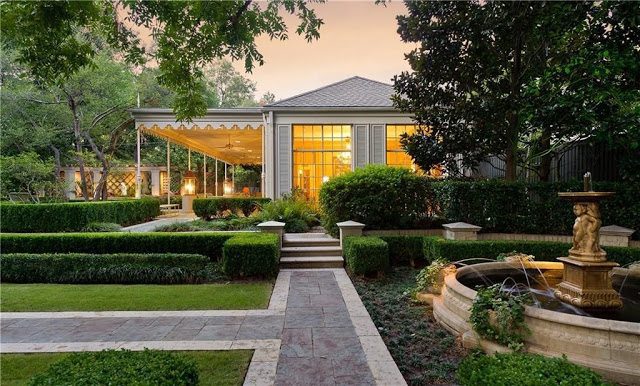 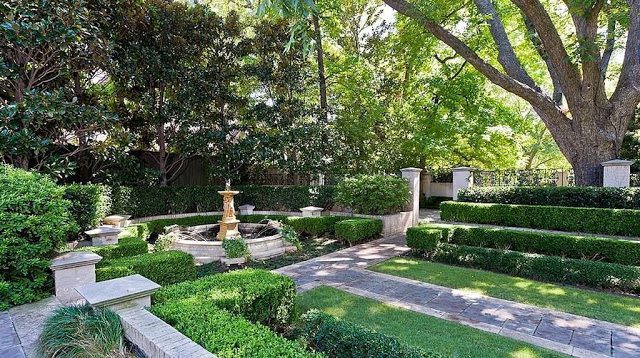 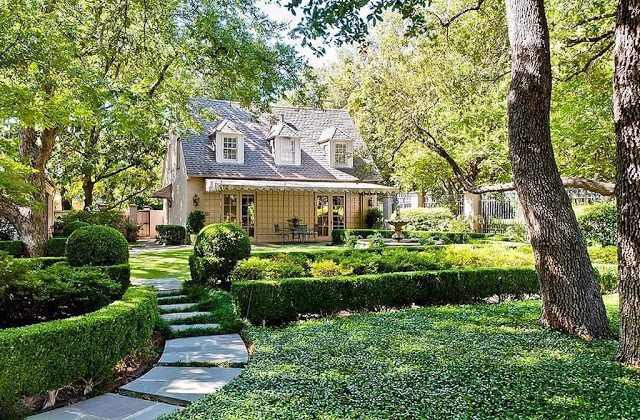 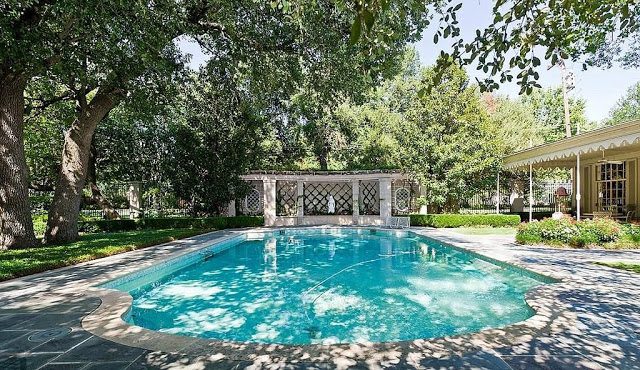 Built in 1924, this magnificent home features over 8,000 square feet, five bedrooms, and five and a half baths. The listing may be viewed here and here. To learn more about the colorful life of John Astin Perkins, please visit D Magazine and Texoma Living! I find it interesting that such an influential designer is virtually unknown today… Texoma Living! claims his work appeared in Architectural Digest more times than that of any other designer, and yet examples of his work are almost impossible to find now.  If you have any additional information on John Astin Perkins, I would love to hear from you. I am intrigued to learn more!