Last month I wrote about an incredible Mizner-inspired Mediterranean mansion in Palm Beach, decorated by Kemble Interiors. Mimi McMakin, the lead designer on the project, thought I might also enjoy another Mediterranean masterpiece she and her former partner Brooke Huttig decorated in the 1990s. It was featured on the cover of the January-February issue of Southern Accents in 1995, and she was kind enough to have a scanned copy sent to me. As with all of Mimi’s work, I am absolutely in love!

Finished in 1926, La Salona was designed by Marion Sims Wyeth with an addition in 1929 by Maurice Fatio – two of Palm Beach’s most celebrated architects. Despite the fact that this home was decorated in the 1990s, it looks like it could be on the cover of any leading shelter magazine today. I’d just swap out a few of the Southwestern fabrics and move right on in! Let’s take a look… 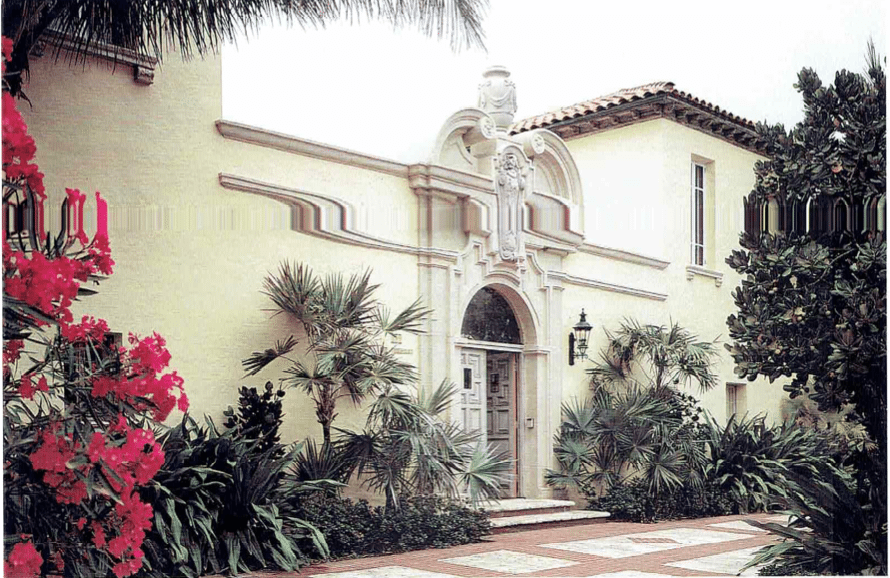 The broken pediment, urn, and cartouche at the entrance of La Salona are in the Spanish baroque tradition. Jorge Sanchez designed the tropical garden. 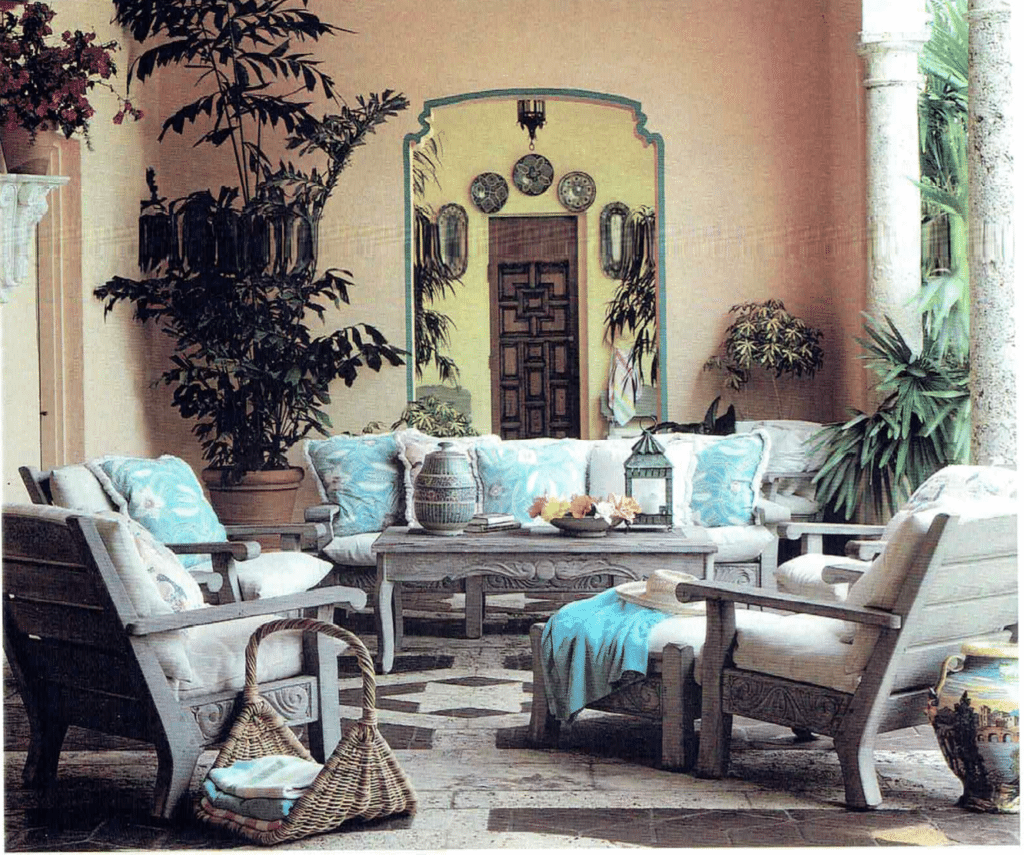 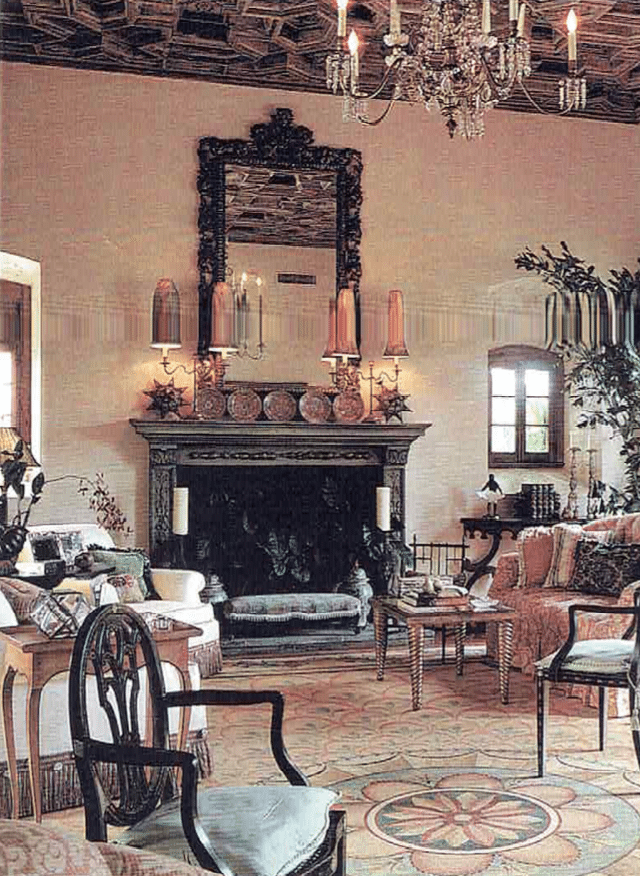 The coffered ceiling in the living room is stenciled by using a technique using lime paste. Artist Sharon Gray painted the sisal rug. 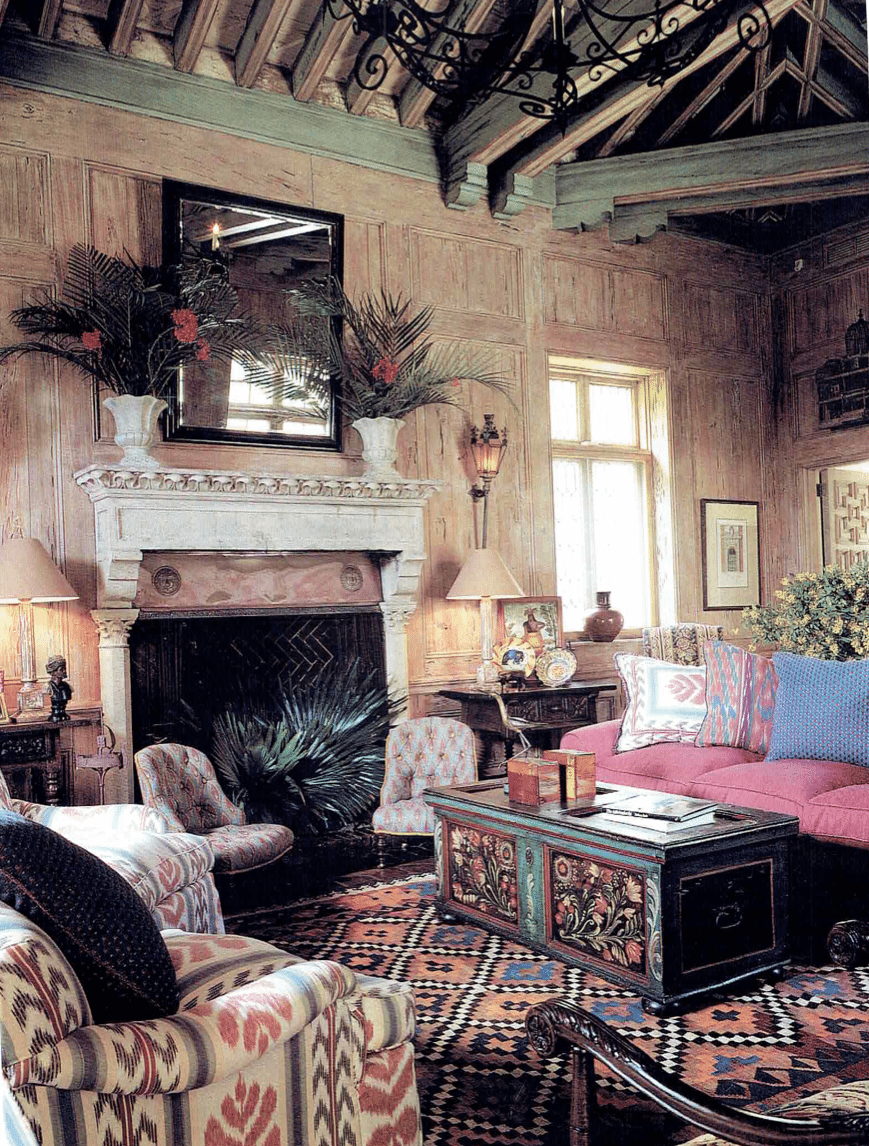 The library has ceiling beams and wall paneling made from pecky cypress. 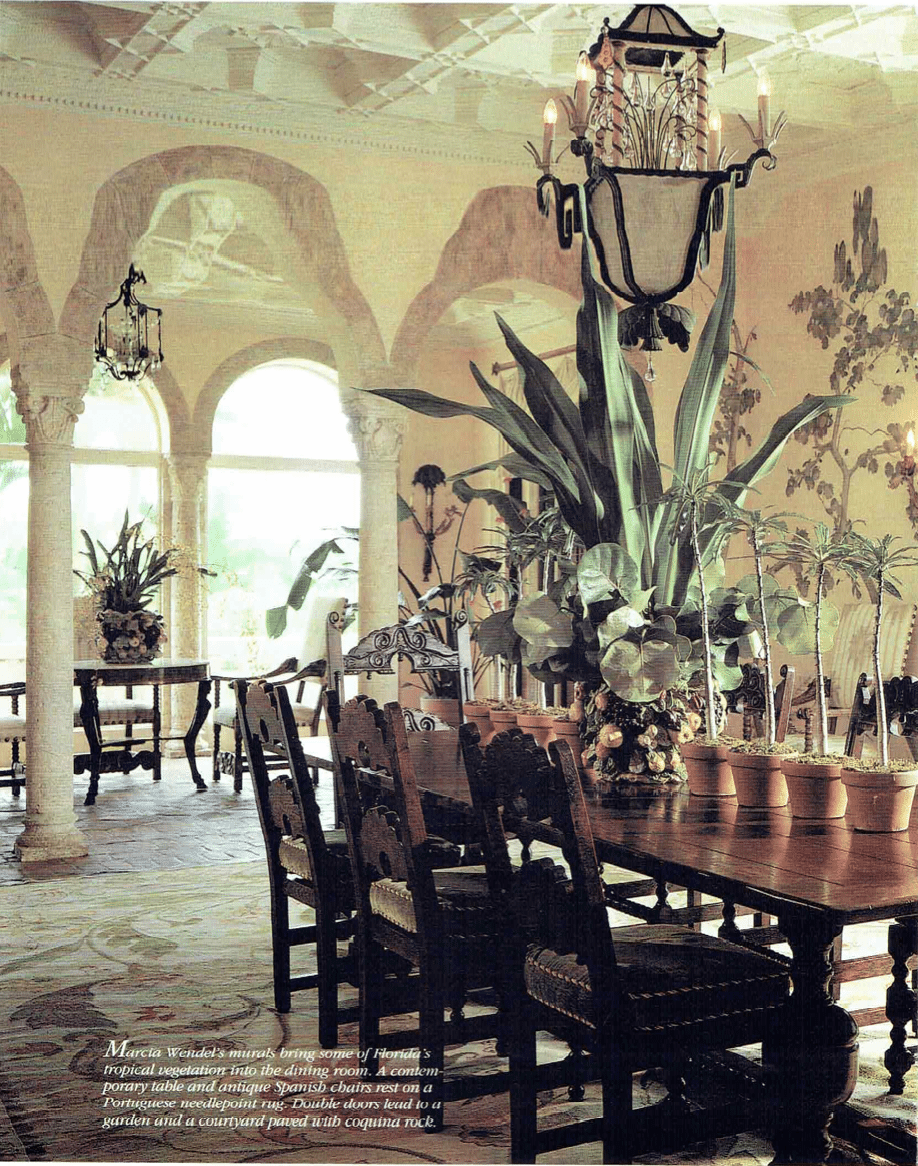 The promenade of stately palms along the walls of the reception room of Vizcaya Museum & Gardens in Miami inspired Marcia Wendel‘s mural of sea grapes, sea oats, banana trees, philodendrons, and slender, attenuated palms in La Salona’s dining room.  Side note – I am a huge fan of Marcia Wendel. Her work can also be seen in the Gasparilla Inn on the island of Boca Grande, Florida, which I wrote about here. Her mother, Jane Wendel, was a highly regarded interior designer in Palm Beach with the majority of her clients listed in the Fortune 500. I must write more about her! 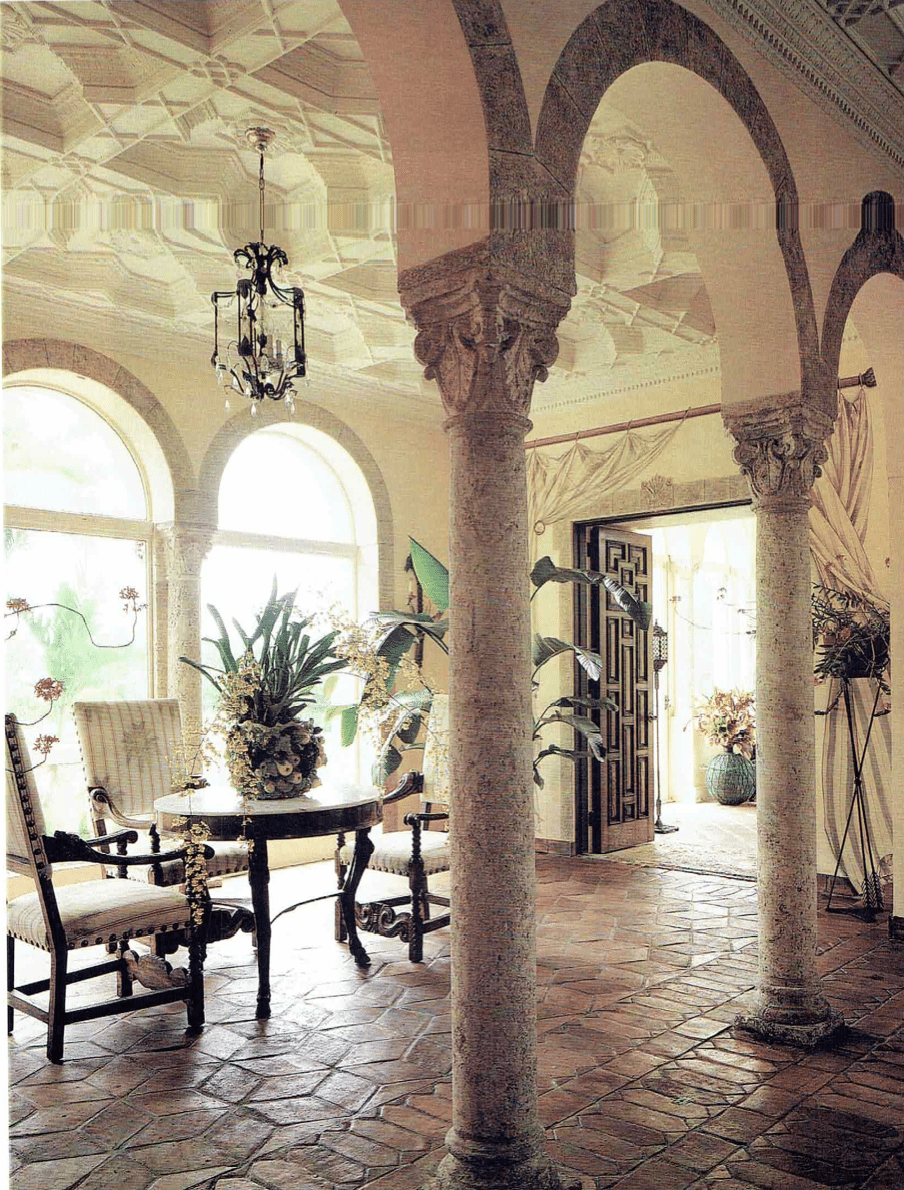 In the dining room alcove, a coffered ceiling, carved coquina rock columns, floor tiles, and paneled doors are all part of the original construction. The trompe l’oeil curtains are by Marcia Wendel. 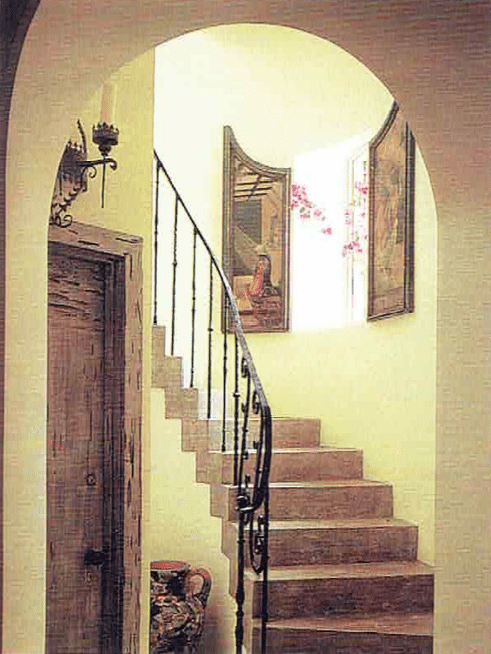 Painted doors double as shutters in a stairwell. 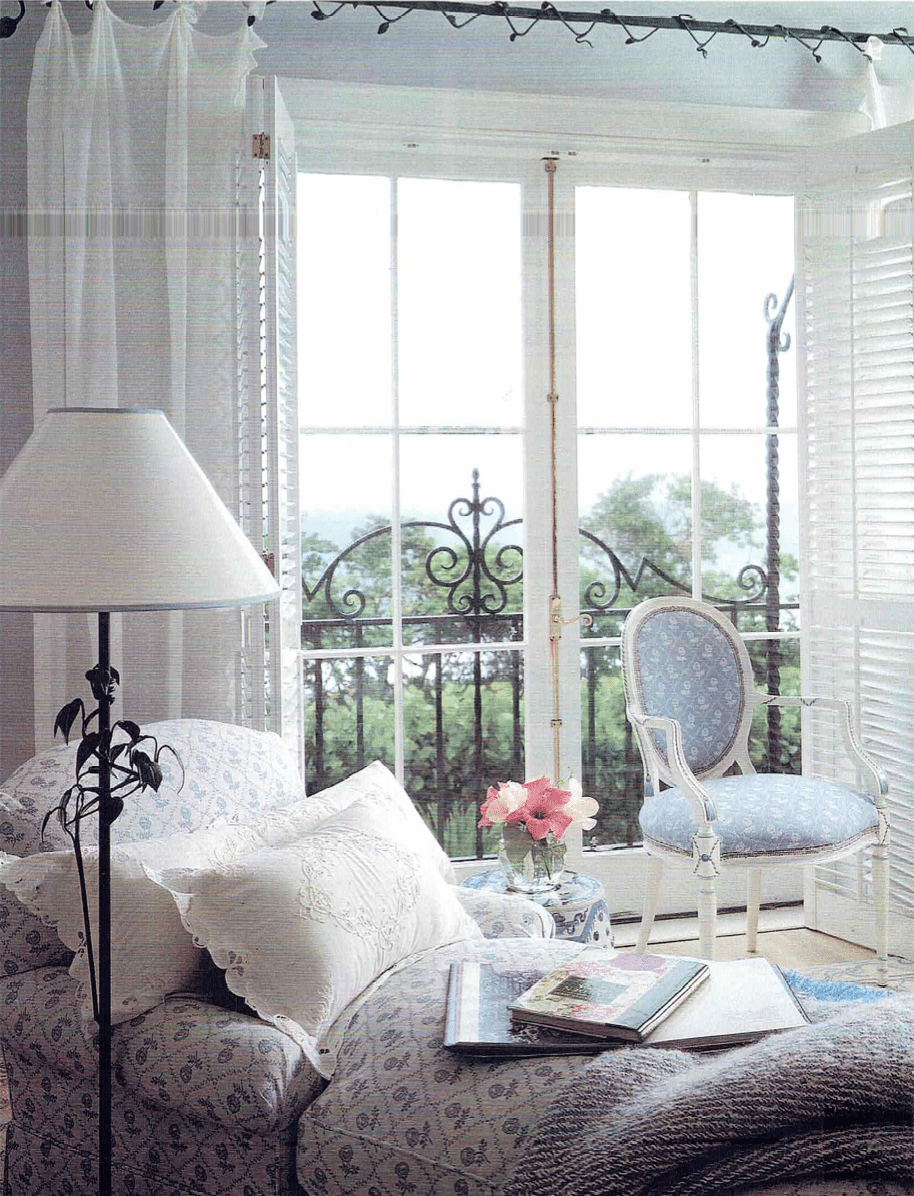 The designers installed shuttered double doors in the master bedroom so the owners could awaken to a view of their garden and the sea. 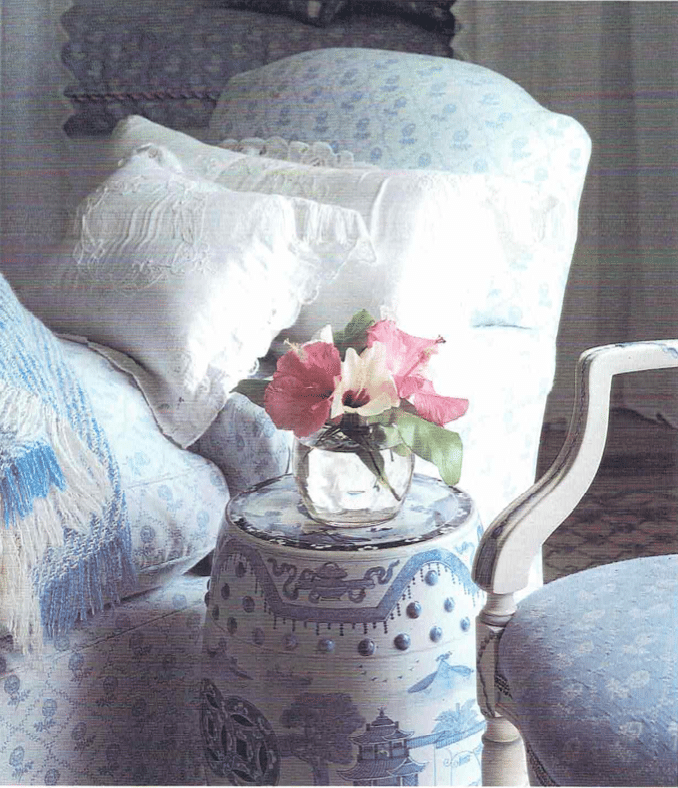 A Pierre Deux jacquard fabric covers both the chaise and the chair. A nest of hibiscus blossoms rests on a porcelain Chinese garden seat. 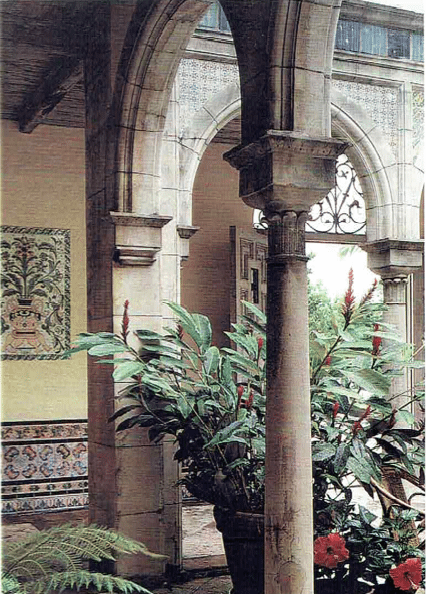 The courtyard paving and carved columns are made from coquina rock. The stone was often used in early Mediterranean-style houses in Palm Beach. 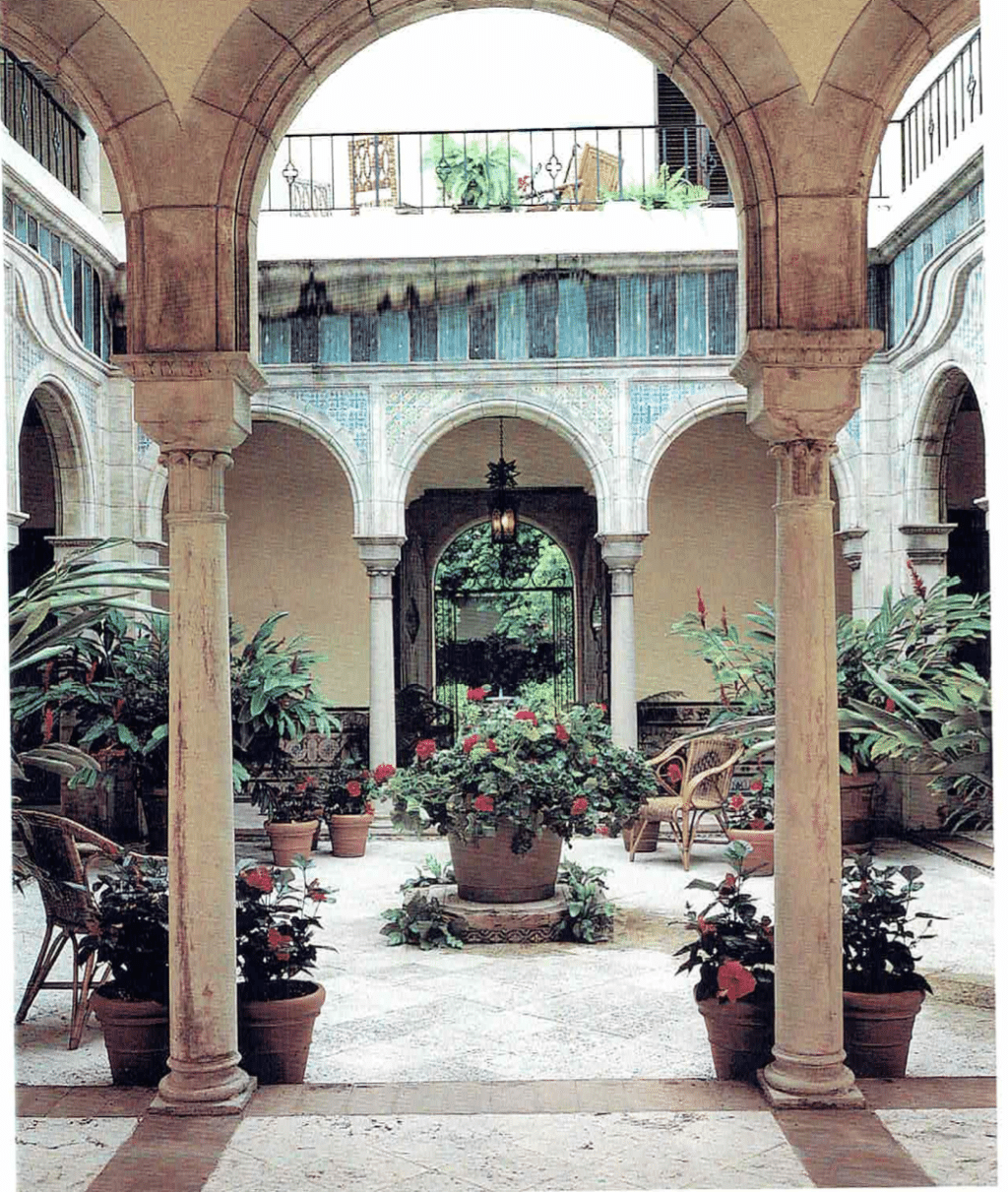 Carved coquina rock columns border the courtyard of this Mediterranean-style house. The decorative tiles were probably made in the workshop of Addison Mizner in the 1920s.
I had a little trouble editing the images, but I think the exquisite work speaks for itself. Do you love this home as much as I do? It truly represents quintessential, timeless Palm Beach style.