Last week, I shared a once in a lifetime opportunity to own designer T. Keller Donovan’s very own West Palm Beach home, which is for sale! Today I am thrilled to share this fabulous one-bedroom Palm Beach apartment he decorated for his client, Kay Gilman. Featured in the May issue of House Beautiful, Kay’s Palm Beach Chic apartment is located in the posh Palm Beach Towers. Let’s take a look inside! 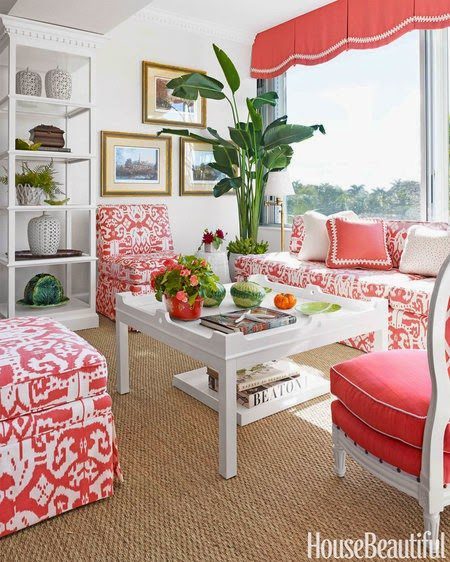 Quadrille’s Island Ikat on the banquette and chairs creates the atmosphere of “a tropical cabana,” says designer T. Keller Donovan. The valance in Brunschwig & Fils’ Coral is embellished with Robert Allen’s Scroll Braid. Slipper chairs from Duralee are “big enough for two people to sit and share secrets.” 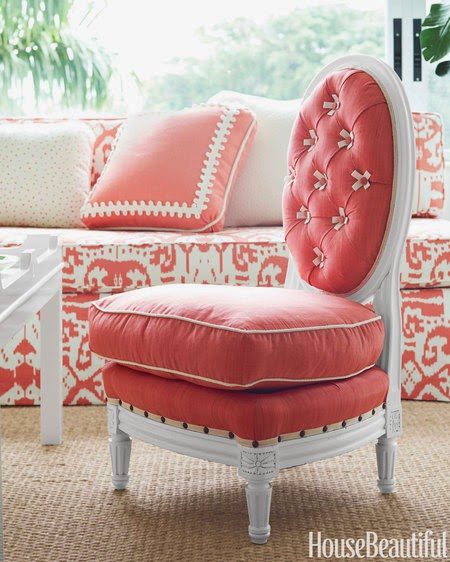 Donovan covered a vintage French chair in Duralee’s Azalea silk. “It looks like it might have been in Dior’s atelier in the 1950s,” he says. 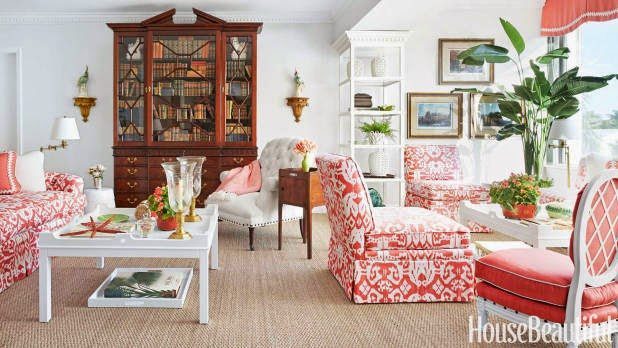 Two seating arrangements in the living room provide plenty of space for entertaining. 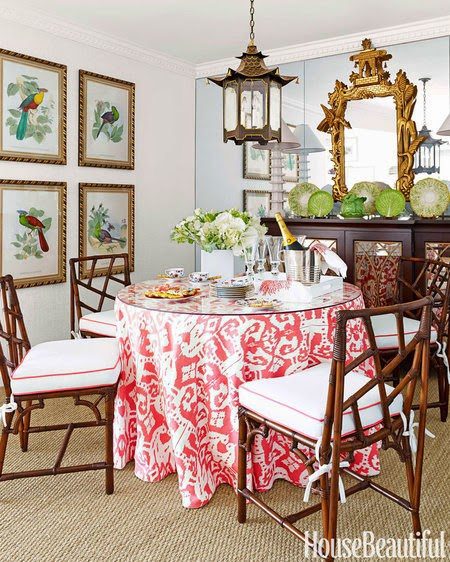 In the dining area, lots of reflection — including Century Furniture’s Percier mirrored buffet — expands the space. Lettuce Ware plates by Dodie Thayer are a Palm Beach staple. The sea-grass carpet from Jack Walsh cuts the formality of Gilman’s antique gilt mirror. The vintage lantern was in her elevator hall in New York. 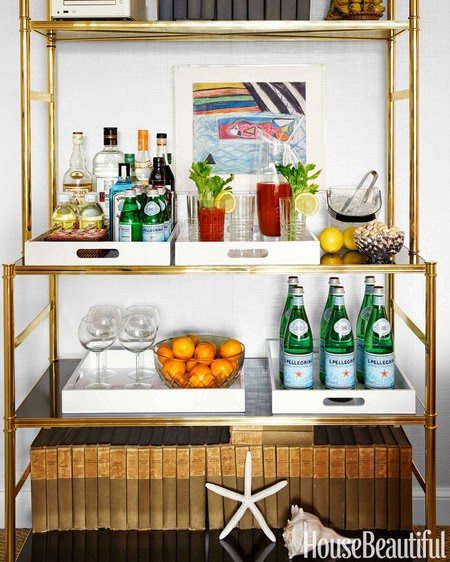 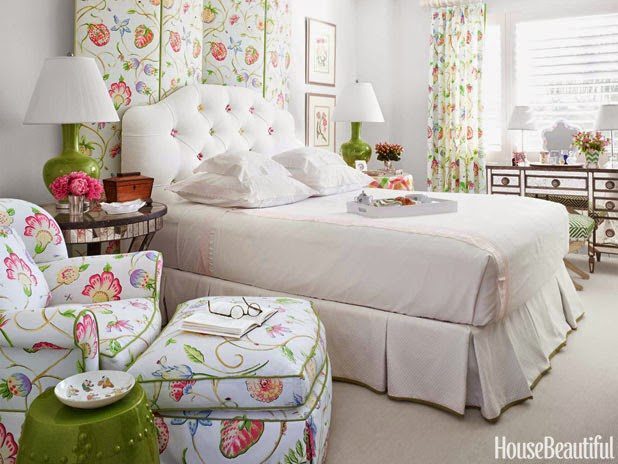 “I guess we were having a little flower fixation,” Donovan says about using Thibaut’s Westfield for the bedroom chair, screen, and curtains. Walls are in Walfab white grass cloth. 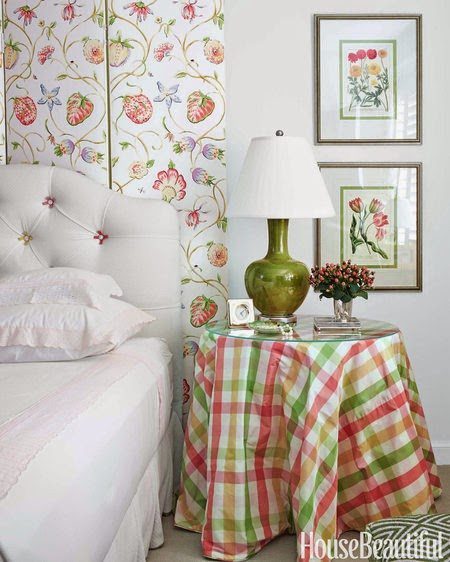 A screen in the master bedroom adds dimension and “gets more fabric into the room for softness,” says Donovan, as does the flouncy plaid table skirt. 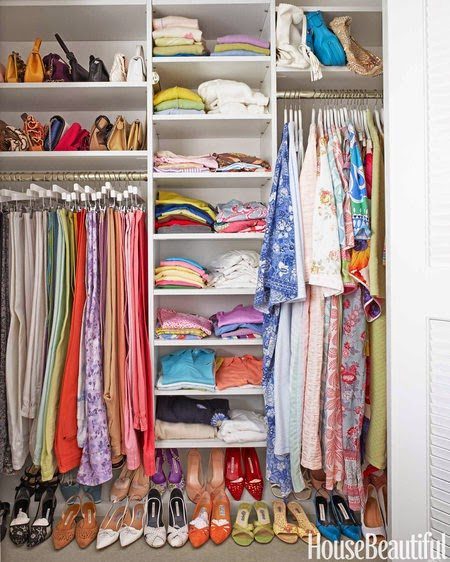 Open shelves in the closet make it easy for Ms. Gilman to find what she wants. 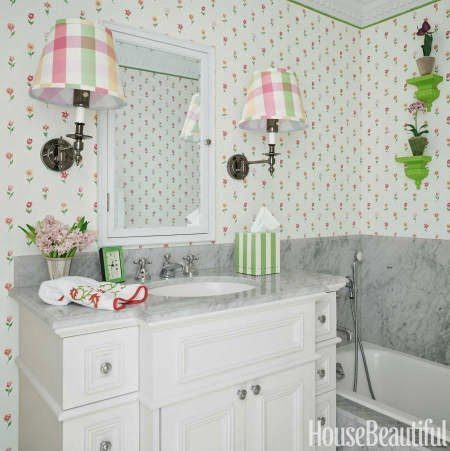 “Kay wanted a real lady’s master bath with pretty things to look at,” says Donovan. He covered the walls in Thibaut’s Tootsie wallpaper and placed Tommy Mitchell tole flowers on brackets over a Sunrise Specialty tub. 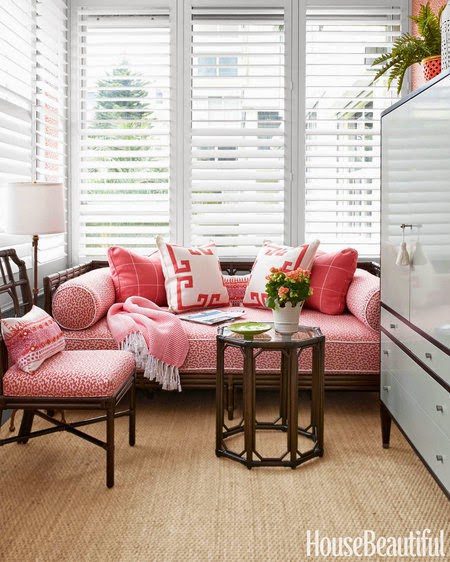 Osborne & Little’s Coquine on the daybed and chair in Kay’s office “isn’t leopard or coral, but it makes you think of both,” Donovan says. Baker’s Social Study secretary keeps things tidy. 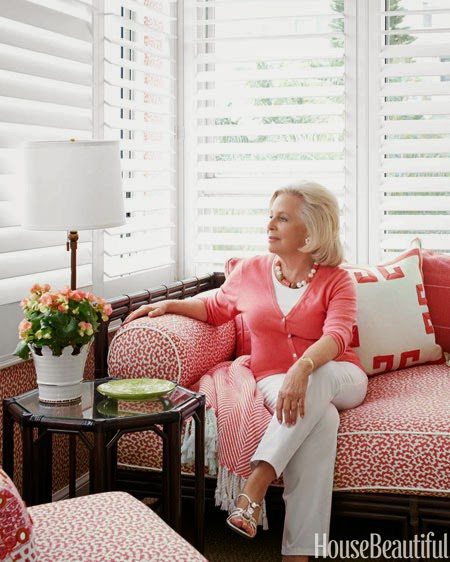 Kay Gilman on the daybed in her home office.

Captions and images are from House Beautiful… click here to read the entire feature. And if you are interested in purchasing your very own piece of T. Keller Donovan Palm Beach Perfection, click here to check out his West Palm home for sale.