I was flipping through the April issue of House Beautiful today, and this image on page 26 literally took my breath away… 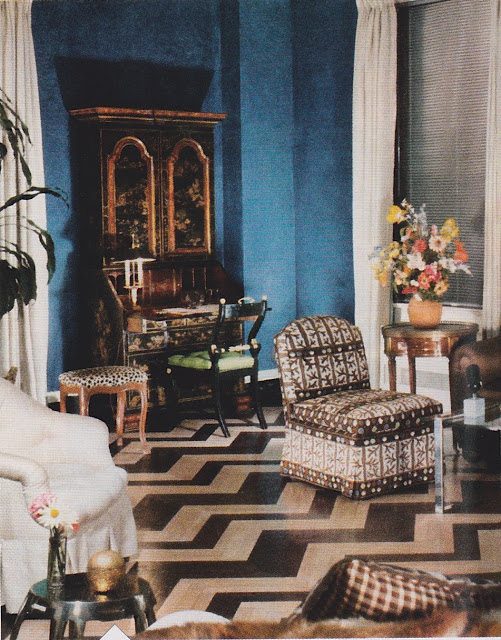 Albert Hadley
The image is from House Beautiful‘s article “Color Signatures” – a roundup of paint selections that have influenced today’s most noted decorators. Brian McCarthy, who trained under Albert Hadley until opening his own firm in 1991, selected “Port Au Prince” by Pittsburgh Paints. 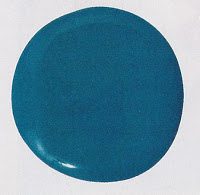 Port Au Prince, Pittsburgh Paints
“All of us who had the good fortune to work with Albert Hadley know that he was not prone to repeating himself. He had a daring way of pairing unexpected things – like a Chinoiserie secretary against peacock-blue walls – that made a room feel youthful and current. The color sets off each silhouette, and then the herringbone floor jazzes it up,” said McCarthy.
Here is another angle I found of this magnificent room… 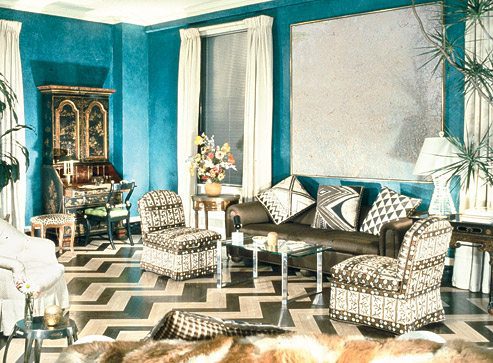 This room was decorated by Parish-Hadley in the 1970’s, however it looks as fresh and crisp as if it had been decorated in 2013. That is part of what makes me love this room so much… I am a huge fan of timeless design, a quality for which Hadley was known and admired.

Albert Livingston Hadley, Jr. was born in Springfield, Tennessee in 1920. He attended Peabody College in Nashville, and was a graduate and teacher at Parsons School of Design in New York City and Paris.

After serving overseas in World War II, and with the help of the G.I. Bill, Hadley moved to New York to study at Parsons. Hit talent caught the eye of Van Day Truex, the president of the school (who would later become design director for Tiffany & Company.) Recognizing his abilities, Truex offered Hadley a teaching position after graduation. In 1956, Hadley went to work for McMillen, Inc., then the most prestigious decorating firm in the country.

In 1962, Truex suggested Hadley introduce himself to renowned decorator Sister Parish, and the two joined forces, forming Parish-Hadley, Associates. Playing on opposite tastes, the firm became one of the most productive and distinguished in American interior design.

Do you love this room as much as I do? Besides the rich peacock blue walls (one of my favorite colors), the Chinoiserie secretary, the mirrored cocktail table, lucite lamp, and the leopard upholstered bench, I was also delighted to see the chevron flooring… a few decorators had predicted that chevron was simply a 2012 “trend.” But I disagree… I believe it is a design classic. 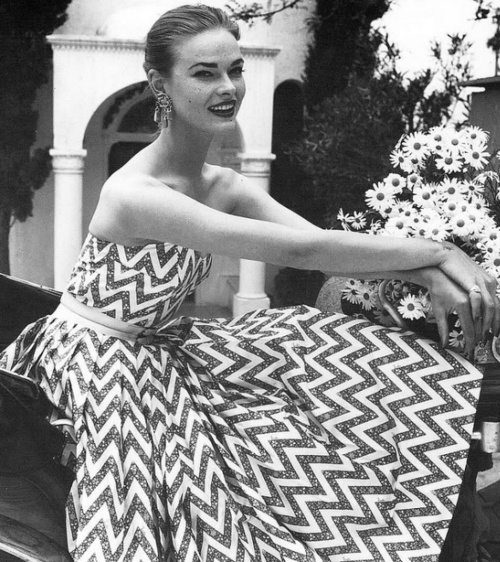 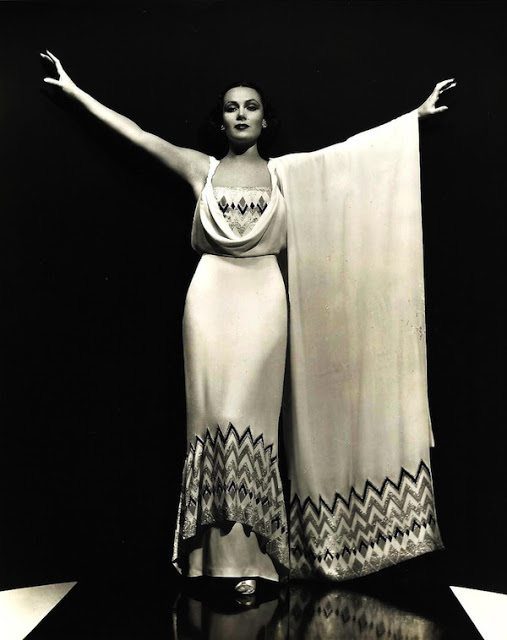